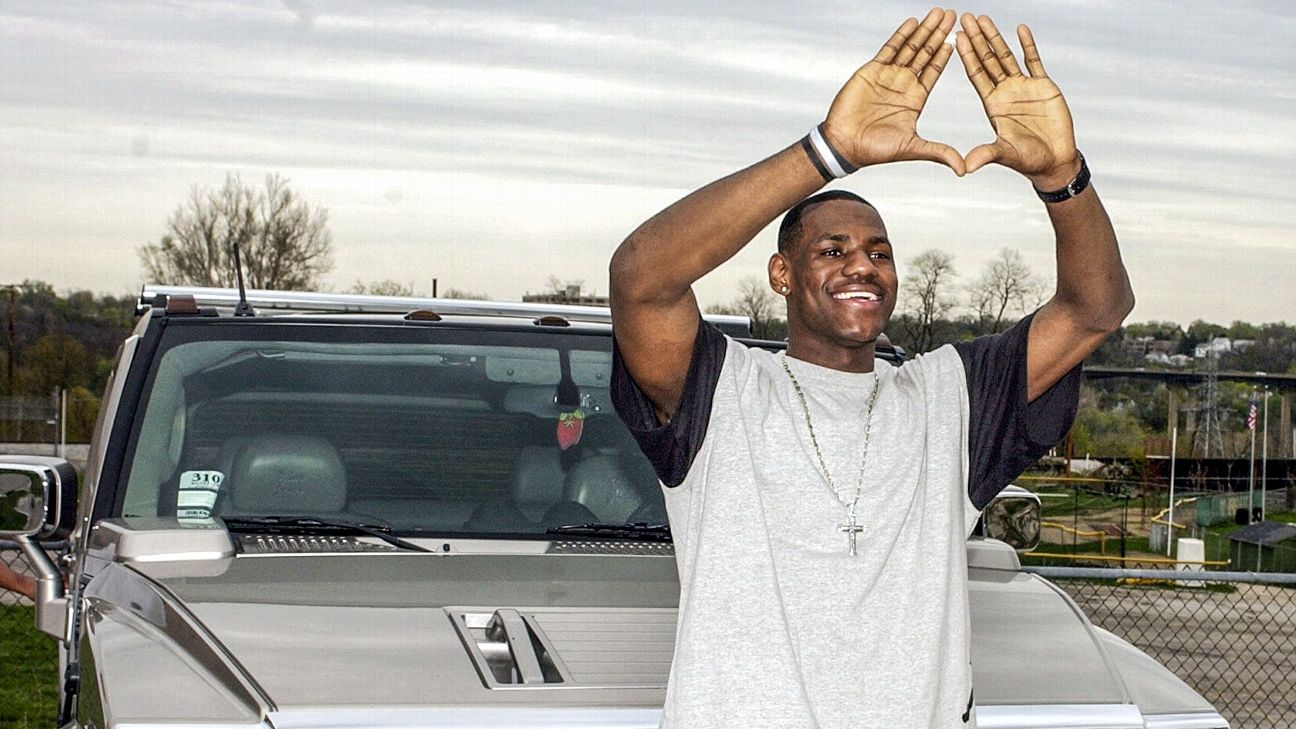 The car used by Los Angeles Lakers star LeBron James as a high school senior is headed to the auction block.

The 2003 Hummer H2 will go up for auction by Goldin Auctions on Monday, and the car will be sold on Dec. 8.

The car became the subject of an investigation by Ohio basketball officials before documentation cleared questions of LeBron's eligibility when it became apparent that his mother, Gloria, took out a $50,000 loan to pay for the car. She had given it to him for his 18th birthday.

The car was bought in 2013 for an undisclosed sum. It has been displayed at the Greater Cleveland Auction since.

The Kelley Blue Book value of the car is only about $18,000, though that doesn't account for the custom sound system and TVs that James had installed.