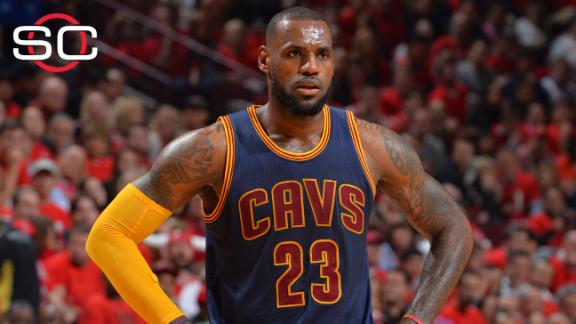 CLEVELAND -- The day after his team's biggest win of the season, Cleveland Cavaliers coach David Blatt had to address several controversies that sprang up in the wake of the buzzer-beating victory over the Chicago Bulls.

Specifically, Blatt avoided potential disaster when he called for a timeout with nine seconds to play when the Cavs didn't have any. Officials, who knew the Cavs were out of timeouts, did not look to the bench and missed the call. Assistant coach Tyronn Lue came off the bench to stop Blatt from signaling further.

Also, LeBron James revealed that he requested his coach change the call for the final shot after Blatt initially drew up a play that had James inbounding the ball. The dynamic between Blatt and James has been a season-long topic as James' power and control within the team is closely watched.

Regarding the timeout, Blatt reiterated that he made a mistake.

"Usually don't lose track of them, that's usually what happens," Blatt said. "Matter of fact, that's never happened before in my time as a coach. Good thing I had great guys behind me to bail me out and then a great player to bail us all out with a terrific shot. ... A near-mistake was made and I owned up to it and I own it. A basketball coach makes 150 to 200 critical decisions during the course of a game, something that I think is paralleled only by a fighter pilot. If you do it for 27 years, you're going to blow one or two. And I blew one. Fortunately it didn't cost us."

On the last play, Blatt defended his strategy and the practice of yielding to James on how the final design was going to go.

"We thought about a couple different things and then, honestly, it just came down to what LeBron felt was the best option based on his feeling of how he was being guarded and the position on the court where the ball was. We went with that and he made a great shot," Blatt said.

"The guys are in the fray. They're in the battle. He had a real strong feeling about being able to catch the ball in a good position, in a catch-and-shoot situation. That's not everything, but that was definitely factored in. It was the right play to make and the right guy to make it.

"[James] didn't veto the play. He just felt strongly about what a better situation would be. As it turned out, that was the right thing. I could have been the right thing the other way, too. I said last night and I'll say it again, generally the guy who wants the check gets it. He really felt confident and sure of what that situation would bring about and good it was."

As he has this season when under some adversity for the Cavs' play or his decisions, Blatt said he didn't feel the criticism that he and the team have encountered is fair.

"As far as the play's concerned, [the criticism] is just not fair. Sometimes you go with your player's feeling because you believe in what he can do. That, at the end of the day, was my decision to go with what he felt. That's just not fair," Blatt said.

"I think I've coped with it pretty well all season to be honest. And that's probably true. I think that's more a credit to what he brings to any program he comes to. There's nothing wrong with being critiqued and there's nothing wrong with being scrutinized and there's certainly nothing wrong with being followed. That means that people think something of you and of your program. It seems like since Day 1 we've been very, very much under the microscope. I have to say, to the credit of my players and my staff that we've handled it extremely well. We have never given in to that. We've never given into the adversity we've been through this year with major injuries and great expectations from a brand new team. And here we are fighting like hell to make the Eastern Conference finals. That speaks volumes to the type of character we have here and the people we have here. I'm proud of my guys and my program because of that."

"See [the media] wants to make [the final play] the story, it's not the story. We won the game yesterday. To me it's not a story. It's just part of the drama. Shakespeare wrote comedies, he wrote tragedies, he wrote tragic comedies, he wrote drama comedies. At least in the movies nowadays you have a lot of those. That's just part of this wonderful business we're all in. It's 2-2 in the series, heck of a series, and we're glad to be a part of it and I'm certainly glad to be a part of it."

James, who was the one to reveal he asked Blatt to change the final play, took the chance Monday to give a fresh perspective on his relationship with his head coach.

James said he's gotten used to his teammates and coaches being under extra scrutiny.

"Whoever is associated with me catches heat," James said. "Kevin Love got no heat the first six or seven years he was in this league, but he teamed with me and he gets heat. Is that the truth? Absolutely. When you are associated with me you get a little heat."