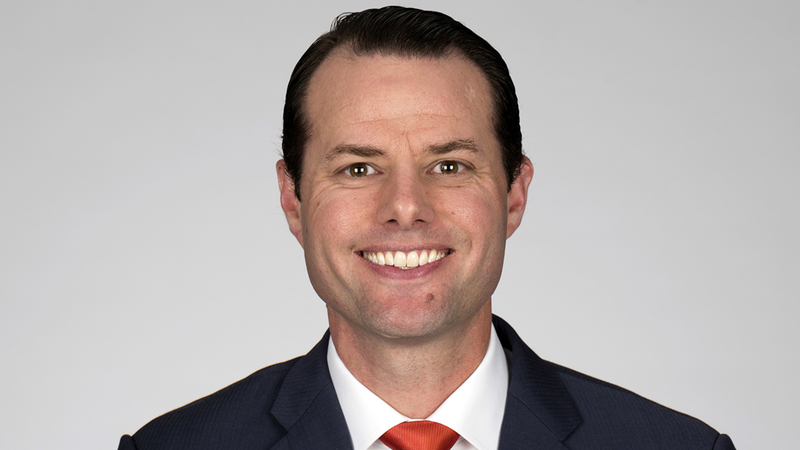 Brandon Staley on his new role as Chargers' head coach

LOS ANGELES (KABC) -- The Los Angeles Chargers will open the 2021 season on the road, playing the Washington Football Team at FedEx Field on Sept. 12.

The full 2021 NFL schedule was released Wednesday in a live broadcast on ESPN2, ESPN+ and NFL Network. This year's 17 regular-season game schedule is a first for the league.

BREAKING: our week one opponent is a football team pic.twitter.com/5zMEVfEZtp

The Chargers are also set to play their first game with fans in attendance at the new $5 billion SoFi Stadium, when they host the Dallas Cowboys in Week 2 on Sunday, Sept. 19.

Among other notable games on the schedule: the Chargers face the Ravens, led by former MVP Lamar Jackson, in Baltimore on Oct. 17; and their division rivals the AFC champions Kansas City Chiefs twice, first on the road Sept. 26 and then at home Dec. 16.

They have their bye in Week 7.

The full Chargers schedule can be found here.

The Chargers look to build behind their young quarterback Justin Herbert. In his first season, Herbert broke the record for most touchdowns (31) thrown by a rookie in NFL history, a mark previously held by Baker Mayfield with 27.

Herbert also won NFL Offensive Rookie of the Year. In his second year the Chargers look to provide Herbert with more protection after drafting offensive lineman Rashawn Slater with the 13th overall pick and signing offensive weapons like Jared Cook.

SoFi Stadium opened for NFL games in September 2020, but no fans were allowed in the stands during the COVID-19 pandemic.

While fans are being allowed to return to sports stadiums in Los Angeles County after its move to the yellow tier, venues are still not allowed to provide full seating capacity. It's not clear yet what capacity will be allowed at SoFi stadium for the upcoming NFL season.

SoFi Stadium is not only welcoming fans for the first time this season, but will host Super Bowl LVI on Feb. 13, 2022. That will represent the first Super Bowl in the Los Angeles area since it was held at the Rose Bowl in 1993.

The NFL expanded the length of the season to 17 games earlier this year. The season had stood at 16 games since 1978, when it was expanded from 14.

The Chargers will also play preseason games against the Rams (at SoFi, but considered an away game for the Chargers); the 49ers at SoFi and the Seahawks in Seattle.