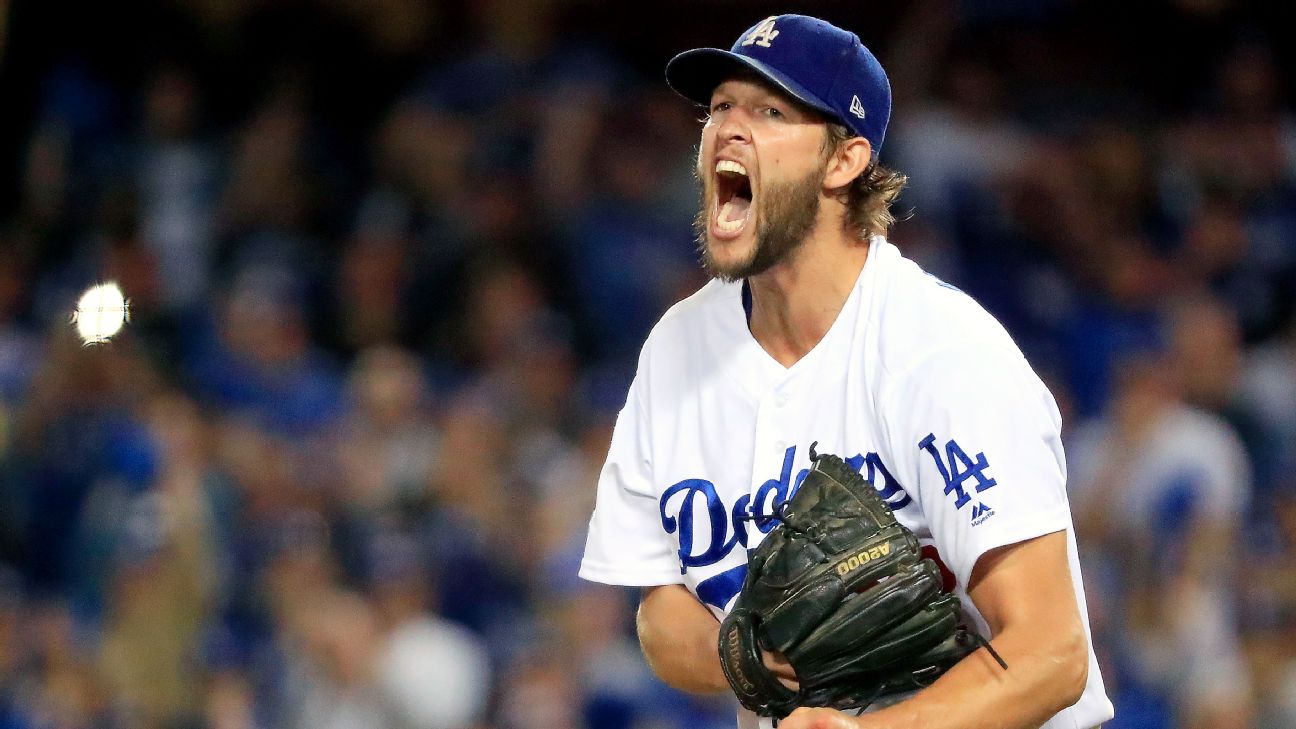 LOS ANGELES -- Late into Friday night, in the aftermath of a unique sort of masterpiece in Game 2 of this National League Division Series, Clayton Kershaw was asked, with his children on both knees, if his most recent triumph provided him with an extra dose of satisfaction, given the circumstances leading up to it.

Finally, some defiance leaked out.

"Yeah, maybe," Kershaw said behind a smile. "Maybe a tick."

Kershaw, noticeably more limited these days, was pushed to the second game of these playoffs, marking the first time since he was a 21-year-old, second-year player that he was not on the mound when his Los Angeles Dodgers began the postseason.

He absorbed the news during a Monday conference call with Dodgers manager Dave Roberts and pitching coach Rick Honeycutt, who preached the benefits of an extra day of rest in October. Kershaw said all the right things when he met with the media three days later, hardly letting on about the hurt feelings that he carried, and watched Hyun-Jin Ryu dominate the Atlanta Braves in Game 1.

Then Kershaw went out and pitched longer, better and more efficiently than he ever has on this stage.

The Dodgers' longtime ace twirled eight scoreless innings in a3-0 victory over the Braves on Friday, allowing only two baserunners in a start that marked the first time he had retired more than 21 batters in the postseason. He recorded only three strikeouts -- one of them in the first seven innings -- but induced an assortment of early, soft contact to keep his pitch count at 85 through eight frames, five more than what his opponent, Anibal Sanchez, required for 10 fewer outs.

"He pitched," Roberts said of Kershaw. "For me, one of the best outings that I've seen that I can recall, in the sense that he used his complete repertoire of pitches. He used both sides of the plate, he changed eye levels effectively, and he really pitched."

Kershaw learned to survive with a low-90s fastball this season, a product of an uncommonly high workload and persistent back ailments. He relied more heavily on his slider, lived on the outer edges of the strike zone and induced a lot of early contact, characteristics that he displayed in his most important start of the season.

"I think he has definitely evolved as a pitcher," Dodgers catcher Yasmani Grandal said. "We all get to a point where we need to change a few things, and I think he has. He has been able to use his command to throw every pitch he has to whatever corner and get guys missing and get quick outs when he needs to. He understands when he does that he is going to go deeper in games."

The Dodgers, winners of six straight going back to the do-or-die games that ended their regular season, joined the 1921 New York Yankees as the only teams with shutouts in their first two games of a single postseason, according to Stats LLC.

Ryu relied heavily on his changeup to toss seven scoreless innings Thursday, then Kershaw mixed in his fastball, slider and curveball to deliver what was probably the best postseason start of his career.

"It was pretty special to watch," said Dodgers shortstop Manny Machado, who lined a first-inning, two-run homer that proved to be the difference in the contest. "It was special to play behind."

Kershaw's first pitch was laced into the gap in left-center field by star outfielder Ronald Acuna Jr., but he retired the next 14 batters he faced. He struck out Nick Markakis looking with a well-spotted, outside-corner curveball to end the first inning and recorded 13 of his outs on ground balls.

Kershaw came out for the ninth, but it was only so that Roberts could force Braves manager Brian Snitker to burn a pinch hitter. Kershaw exited to a raucous cheer from the 54,452 fans at Dodger Stadium, paving the way for Kenley Jansen to record the save.

Roberts said there was "not a whole lot" of consideration for letting Kershaw finish the game, even though he had recorded eight of his 24 outs within the first two pitches of an at-bat. A big reason stemmed from the hard grounder that he took off his right hamstring in the fifth inning, which tightened up as the game progressed.

At the dais, Kershaw asked his daughter, Cali, if he should have pitched the ninth inning.

She nodded in disagreement.

Kershaw has talked before about how he has mellowed out over the years -- a product, he thinks, of becoming a father. The gamealso is beginning to humble him. For the third consecutive season, Kershaw spent time on the disabled list with a back injury. He finished with a 2.73 ERA, but the strikeout rate (8.6), hits per nine innings (7.8) and swinging-strike percentage (11.0) all suffered.

He was asked if this start -- highly effective, but in no way overpowering -- encapsulated who he is now.

"That's a lot of thought right there," Kershaw said. "I don't know. I think the biggest thing is soft contact. Obviously, there's going to be certain situations where you need strikeouts but get outs as fast as possible. That's the biggest thing for me." 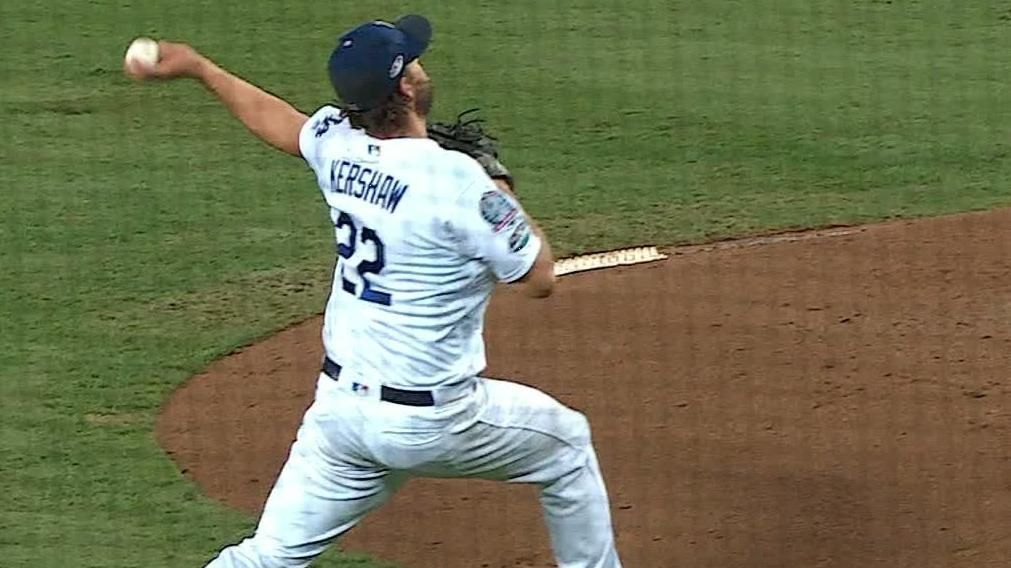 Kershaw dominates, allowing no runs over 8 innings
Clayton Kershaw shines in his first postseason game of the year, striking out three over eight scoreless innings.