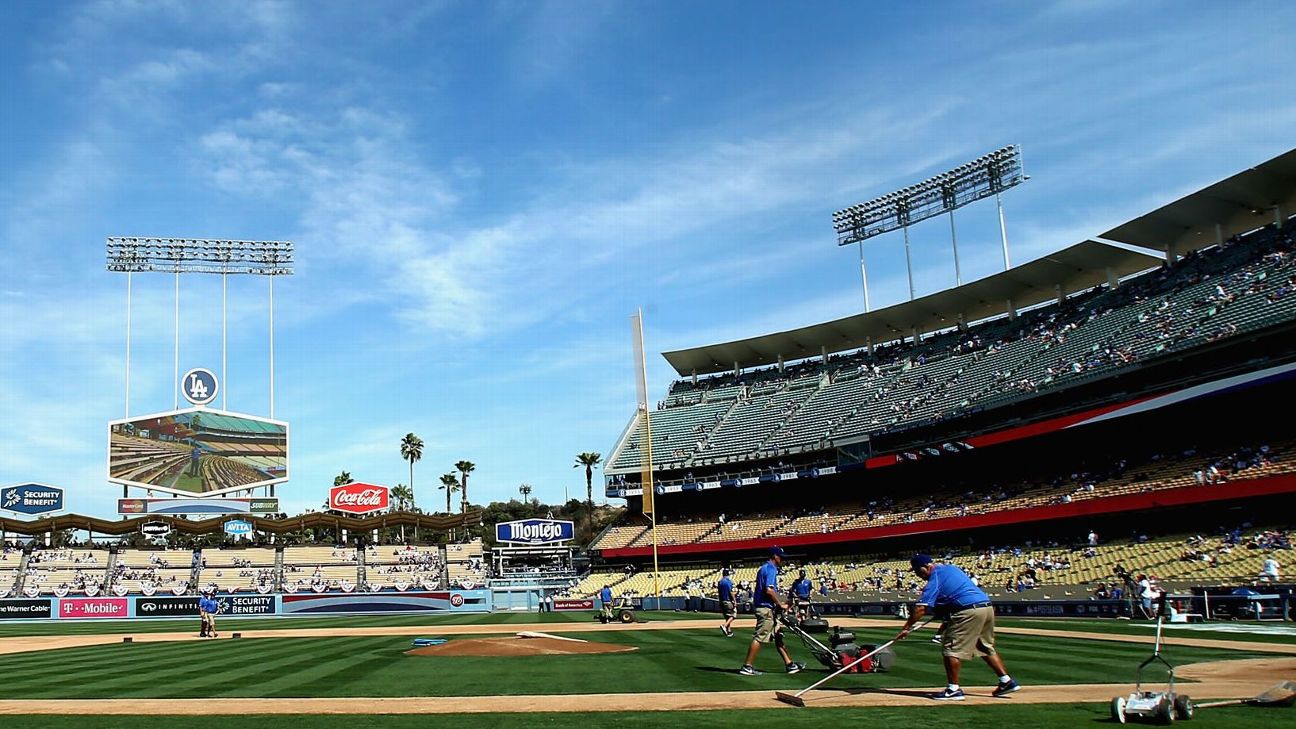 The initiative, which was announced Thursday afternoon, came together after More Than a Vote -- the group James created in late June to combat voter suppression -- teamed with the Dodgers, who have used the stadium as a site for coronavirus testing and food distribution in recent months.


"Dodger Stadium is part of the fabric of Los Angeles, and we're proud to continue to partner with the County to make the property available for the benefit of the community at large," Dodgers president and CEO Stan Kasten said in a news release. "Voting is all of our civic duty, and we're excited to work with More Than a Vote to do anything we can to help get out the vote by making this process as easy, accessible and safe for all Angelenos."

For the five days leading up to the Nov. 3 election, all registered voters in Los Angeles County will be able to park for free and vote at the stadium. The county allows voters to use any of the nearly 1,000 vote centers in the metropolitan area.

While it is unclear whether the ballots will be cast indoors or outside the stadium, the groups plan to abide by Centers for Disease Control and Prevention regulations regarding social distancing.

"I may still be new to L.A. but didn't take long for me to learn how special the relationship is between the Dodgers and Lakers. We are all in this together," James said in the news release. "I'm really proud we were able to help the Dodgers become the first MLB stadium to open for voting. This is exactly why we created More Than a Vote. A lot of us now working together and here for every team who wants to follow the Dodgers lead and turn their stadium into a safer place for voting."


James' efforts to use expansive sports sites as polling places already had taken root in the NBA. After the Atlanta Hawks in late June offered the use of State Farm Arena as a polling place for upcoming elections, the Milwaukee Bucks and Detroit Pistons said they would do the same with their arenas. More Than a Vote hopes more baseball teams will commit their stadiums to serve as polling places in November and beyond.

Among those involved in More Than a Vote is Dodgers starter David Price, who opted out of the 2020 season because of concerns about the coronavirus.

On the day James announced the creation of More Than a Vote, he told The New York Times: "Because of everything that's going on, people are finally starting to listen to us; we feel like we're finally getting a foot in the door. How long is up to us. We don't know. But we feel like we're getting some ears and some attention, and this is the time for us to finally make a difference."
Report a correction or typo
Related topics:
sportsespnnewsmlblos angeles dodgersnbalos angeles lakerslebron james
Copyright © 2020 ESPN Internet Ventures. All rights reserved.
More Videos
From CNN Newsource affiliates
TOP STORIES