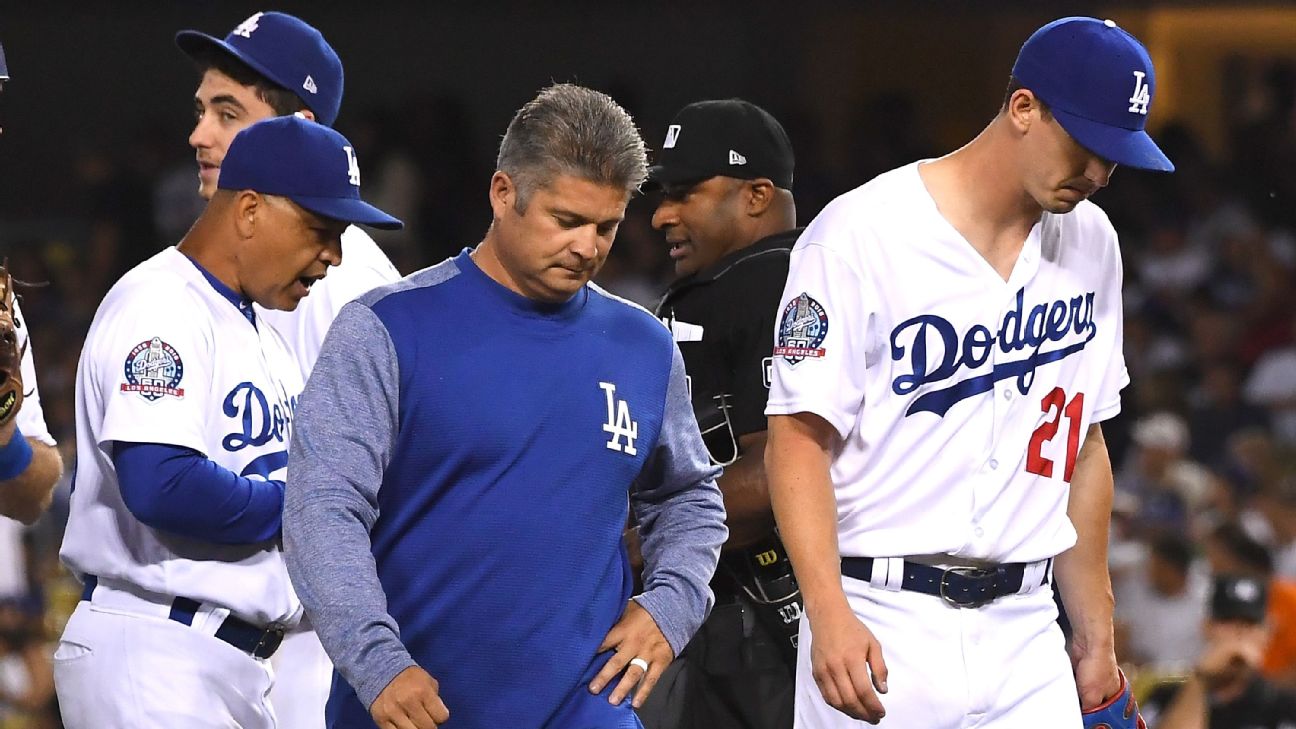 Los Angeles Dodgersrookie right-hander Walker Buehler was placed on the 10-day disabled list Tuesday after an MRI revealed a microfracture in his rib cage.

Manager Dave Roberts said the start of Buehler's DL stint was backdated and he will be available June 19.

Buehler played catch Tuesday to keep his arm in shape.

Buehler was hit by Trevor Story's 108 mph line drive in a game against theColorado Rockieson May 21 and made three starts after that, but the rib injury caused him to exit a game Friday night against theAtlanta Bravesin the sixth inning.

Buehler began Friday with four perfect innings and was still cruising in the sixth when Roberts became concerned about a drop in Buehler's velocity. Roberts and a trainer ran to the mound and spoke with Buehler before removing him. Roberts said Buehler was having some difficulty breathing.

Buehler has made nine starts this season, going 4-1 with a 2.63 ERA, 54 strikeouts and 11 walks. He and three other Dodger relievers combined to pitch a no-hitter against the San Diego Padres in Mexico in May.

Buehlerhas been a bright spot for a team that is desperate for starting pitching because of injuries. Clayton Kershaw, Rich Hill, Kenta Maeda, Hyun-Jin Ryu and Dennis Santana are all on the disabled list. Santana was transferred to the 60-day disabled list Saturday with a right rotator cuff strain.

Kershaw threw a bullpen session Tuesday, and Roberts said the next step could be a simulated game.