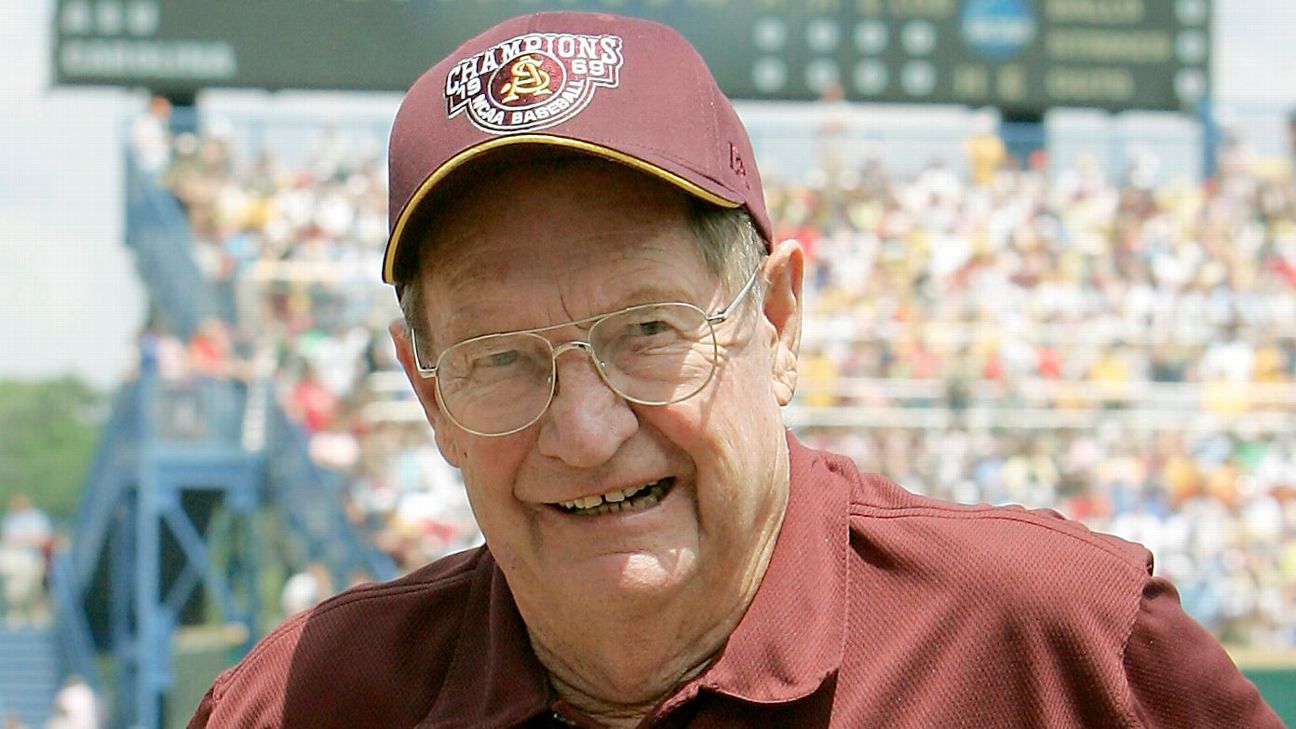 TEMPE, Ariz. -- Bobby Winkles, the baseball coach who built Arizona State into a national power from scratch and went on to manage and coach in the majors, has died. He was 90.

Arizona State said Winkles died Friday with family and friends by his side.

He was a charter member of the College Baseball Hall of Fame and coached such stars as Reggie Jackson, Rick Monday, Sal Bando, Larry Gura and Gary Gentry. Arizona State retired his No. 1 jersey in 1972, and the field at Packard Stadium was dedicated in his honor in 2001.

Winkles went on to manage four years in the majors, going 170-213 in stints with the California Angels and Oakland Athletics from 1973 to 1978.

"A great baseball man," tweeted Bobby Valentine, a former major league player and manager. "ASU and Cal Angles. I played for him in 1973. First modern day Collage coach to go straight to MLB. Had one platform. Speed up the game!!! Too bad the leaders didn't follow him!! RIP Bobby."

Winkles also spent several seasons in assorted coaching roles with the San Francisco Giants, Chicago White Sox and Montreal Expos. He was a broadcaster with the Expos too.