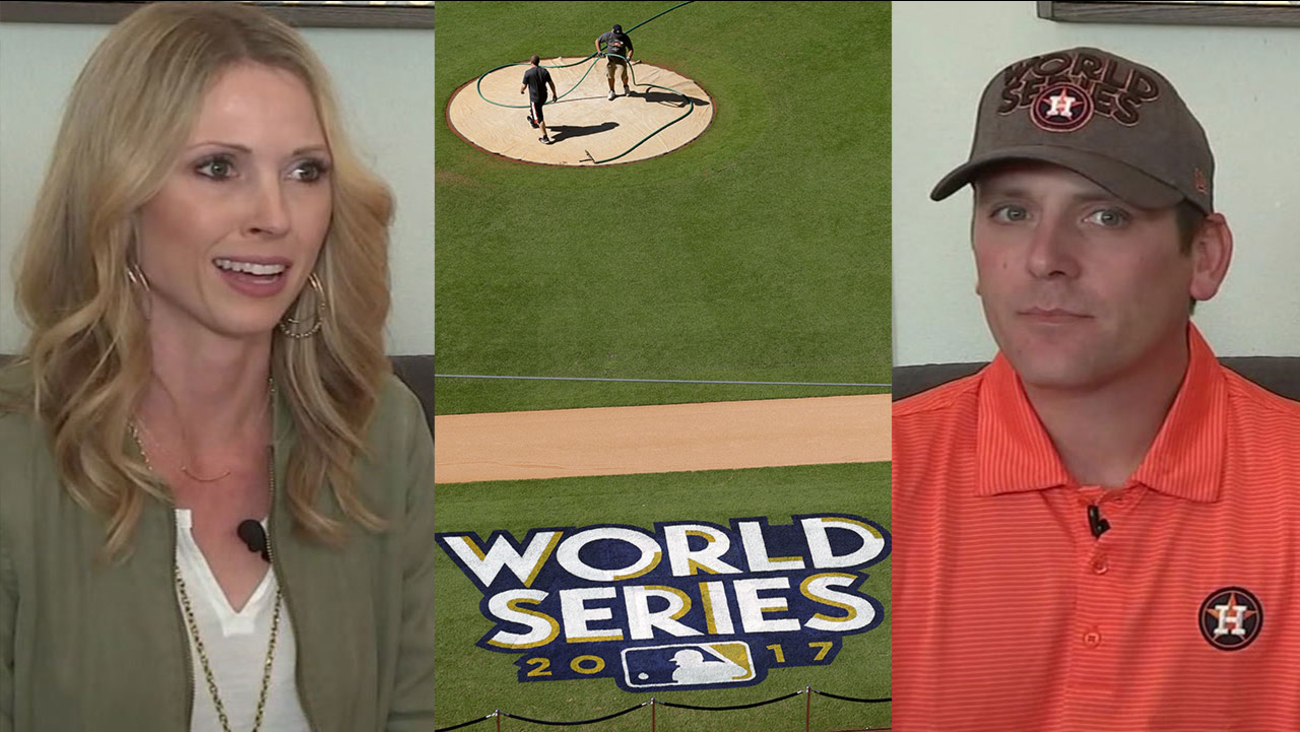 Sarah and Kirk Head said they planned on throwing back a home run from the Dodgers all along. (center photo, Eric Gay/AP)

HOUSTON -- Astros fan Kirk Head says he bought seats in the Crawford boxes at Houston's Minute Maid Park with the intent of catching a Dodger home run in the World Series and throwing the ball back.

He didn't plan on having to pry it from his sister-in-law's grip in order to make that happen.

"It just felt like...really, that ball was in slow motion, coming at you, falling out of the sky slowly at you," said Sarah Head, who caught the home run ball in the top of the ninth inning.

The ball bounced off another fan's glove and Sarah found herself holding it.

Sarah's brother-in-law ripped it from her grasp, and lobbed it back on the field.

"I intended to do it," Kirk said. "I've been talking about it for days."

Kirk, his brother and their wives had a great time at the game even before the ball incident.

The Crawford boxes are a section of Houston's Minute Maid Park on the Crawford Street side that are above what is believed to be one of the shortest outfield fences in Major League Baseball.

He says he bought the seats in the Crawford box just hoping they might catch an opposing team's home run. He dislikes Puig and says throwing his home run back is his duty as a loyal Astros fan.

Sarah Head insists she is not upset. Not angry. In fact, she admits she wish she could've thrown the ball back herself.

Kirk told her he owes her.

"We've laughed about it," Kirk said.

The outstanding question now is what would that ball have been worth?