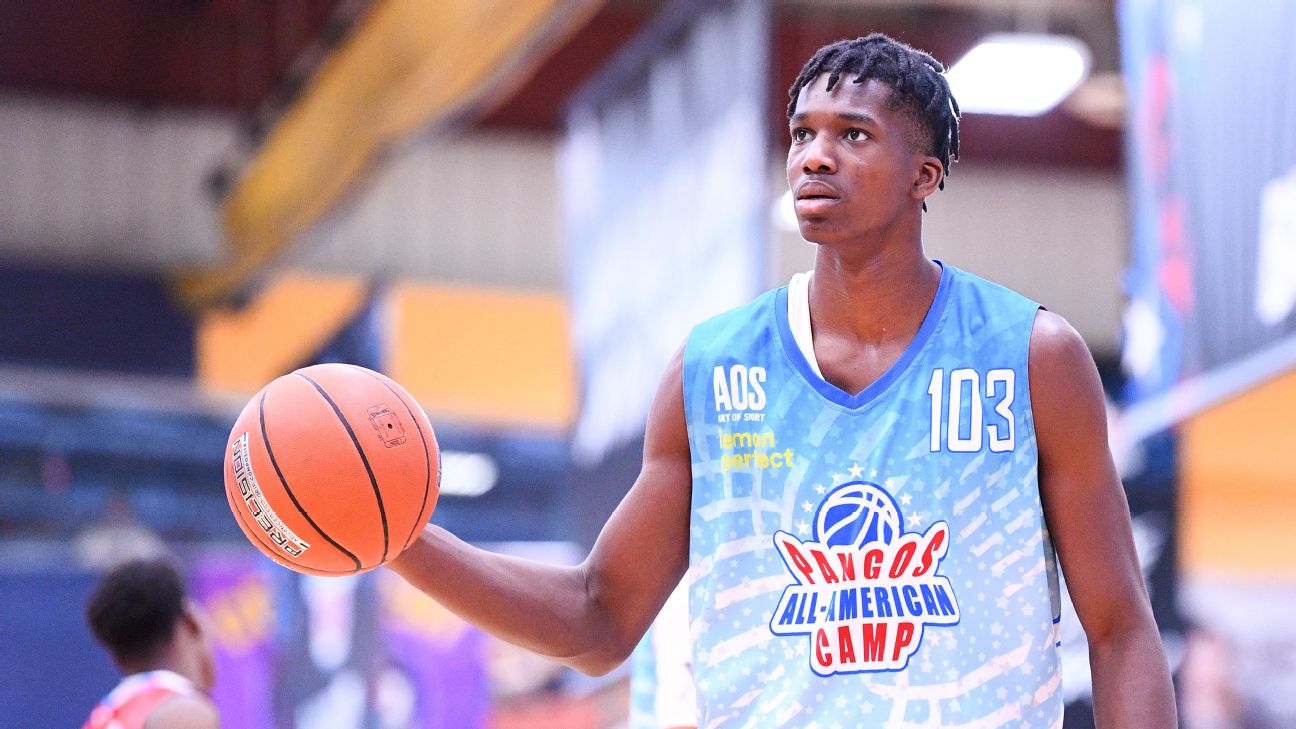 Five-star center Vincent Iwuchukwu announced his commitment to USC on Friday, giving the Trojans their fourth five-star big man in the past four classes.

Iwuchukwu took a visit to Baylor in June, when the Bears appeared to be the favorite for the San Antonio native. But USC made a strong push over the past few weeks, getting Iwuchukwu on campus for an official visit earlier this month. His final five also included Kansas, UCLA and Texas.


A 7-foot-0 center who will play at Montverde Academy in Florida this season after attending La Lumiere School in Indiana last year, Iwuchukwu is ranked No. 11 in the ESPN 100 for the 2022 class. Iwuchukwu averaged 9.8 points and 7.0 rebounds in 13 games at the NIBC Invitational with La Lumiere last winter and then averaged 15.8 points, 6.8 rebounds and 1.4 blocks in 12 games on the Nike EYBL circuit with the Drive Nation grassroots program in July.