Hall of Famer Kareem Abdul-Jabbar to auction off memorabilia 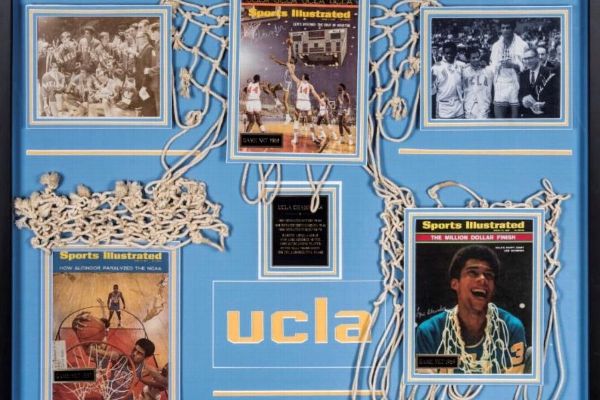 Some of the greatest pieces of Kareem Abdul-Jabbar memorabilia are hitting the auction block.

Jabbar has consigned items from throughout his career, including his three championship nets he cut down while at UCLA, a game-used Milwaukee Bucks jersey, and championship rings he won while with the Bucks and Los Angeles Lakers.

"It's not hard to sell this stuff," Abdul-Jabbar told ESPN on Thursday. "I mean it's valuable, but I'm not a museum. If I kept all this stuff, it would take up half my house."

Abdul-Jabbar, whose 38,387 points still stands as the most in NBA history, said a significant portion of the proceeds will go to his Skyhook Foundation, which funds educational opportunities for underserved youth.

Ken Goldin, whose Goldin Auctions is conducting the auction Oct. 1-27, said the value of the items is hard to estimate because they are so unique.

Included in the auction is the basketball that Abdul-Jabbar used to set the all-time scoring record, his 1970-71 ring with the Bucks and his 1981-82 Lakers ring.

The biggest unknown is a framed piece of the three nets he and his UCLA teammates cut down as national champions from 1967 to 1969. During that time, the Bruins had a record of 88-2.

He said he expects the rings to sell for at least $250,000 each, and a jersey from his Bucks days is expected to top six figures.

"It's fortunate we still have that," Abdul-Jabbar said. "We had a fire at my house in 1983 and luckily all that stuff was with my mother in Brooklyn."
Report a correction or typo
Related topics:
sportsespnkareem abdul jabbarjerseymilwaukee bucksnbamens college basketballucla bruinsauctionskyhook foundationlos angeles lakers
Copyright © 2020 ESPN Internet Ventures. All rights reserved.
More Videos
From CNN Newsource affiliates
TOP STORIES