Jansen's velocity down but 'normal' for spring 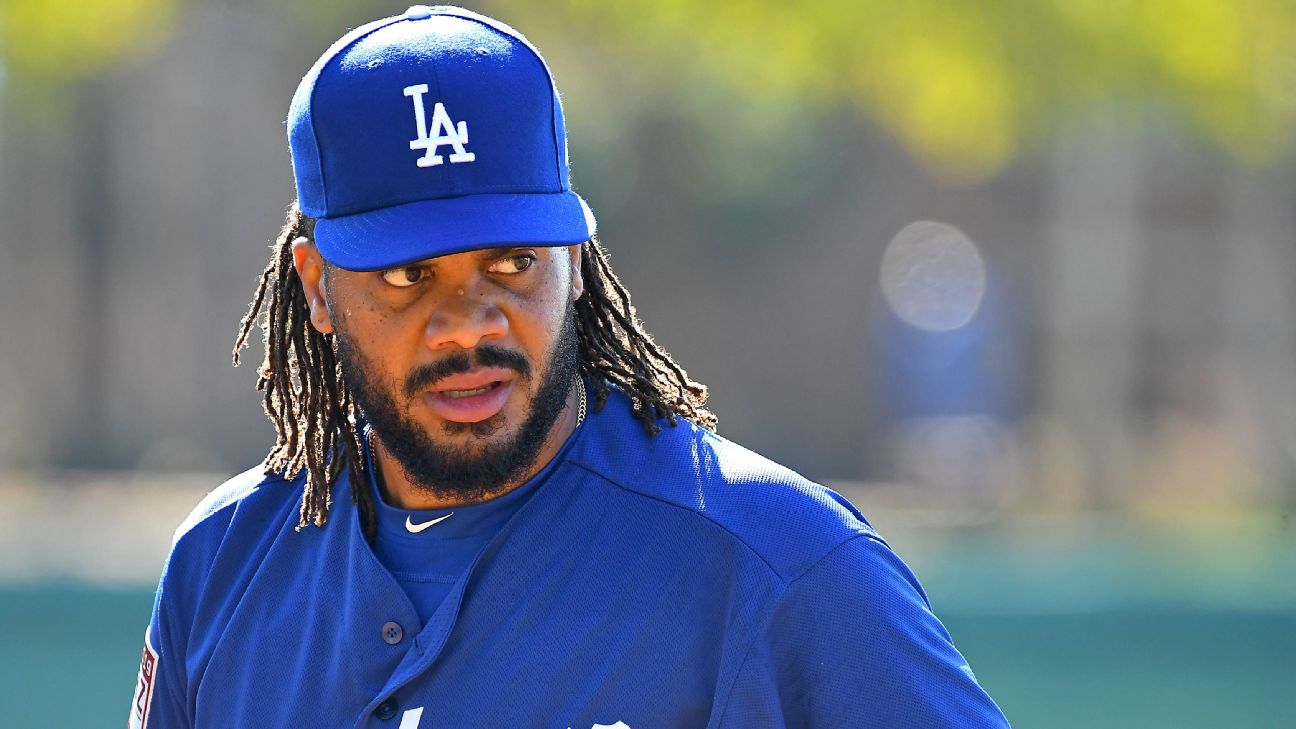 GLENDALE, Ariz. -- Kenley Jansen's numbers are down, but in a good way.

His fastball velocity has dipped for now, but he figures it will return. Besides, he said, "The radar gun is overrated."

The most important figure is 25. That's the number of pounds the Los Angeles Dodgers closer lost in the offseason, which he says is why he feels like he's in better shape overall.

Jansen threw 10 strikes, getting one strikeout, and pitched around an error. His fastball topped out at 92 mph, about 3 mph slower than his usual high.

"The normal me in spring training," Jansen said. "Sometimes the radar gun can get you in trouble. I learned my lesson last year. I wasn't ready. Next thing you know, the ball didn't have life [out of my hand]."

Jansen said he's focusing more on his legs and "not trying to muscle the ball." He credited pitching coach Rick Honeycutt for the change in philosophy.

"He's the best. He makes it so much easier for us," Jansen said.

Jansen had surgery in November to correct an irregular heartbeat that sidelined him last August before he returned late in the season. He had a similar procedure in 2012.

"I feel great. I'm proud of myself. I want to play this game for a long time," Jansen said. "I had a great offseason, working out, losing all this weight. It paid off today."

Manager Dave Roberts said Jansen will next work in a game on Wednesday. Jansen doesn't expect this spring to be much different than his usual approach to getting ready.