Justin Turner batting third for Dodgers in return from DL 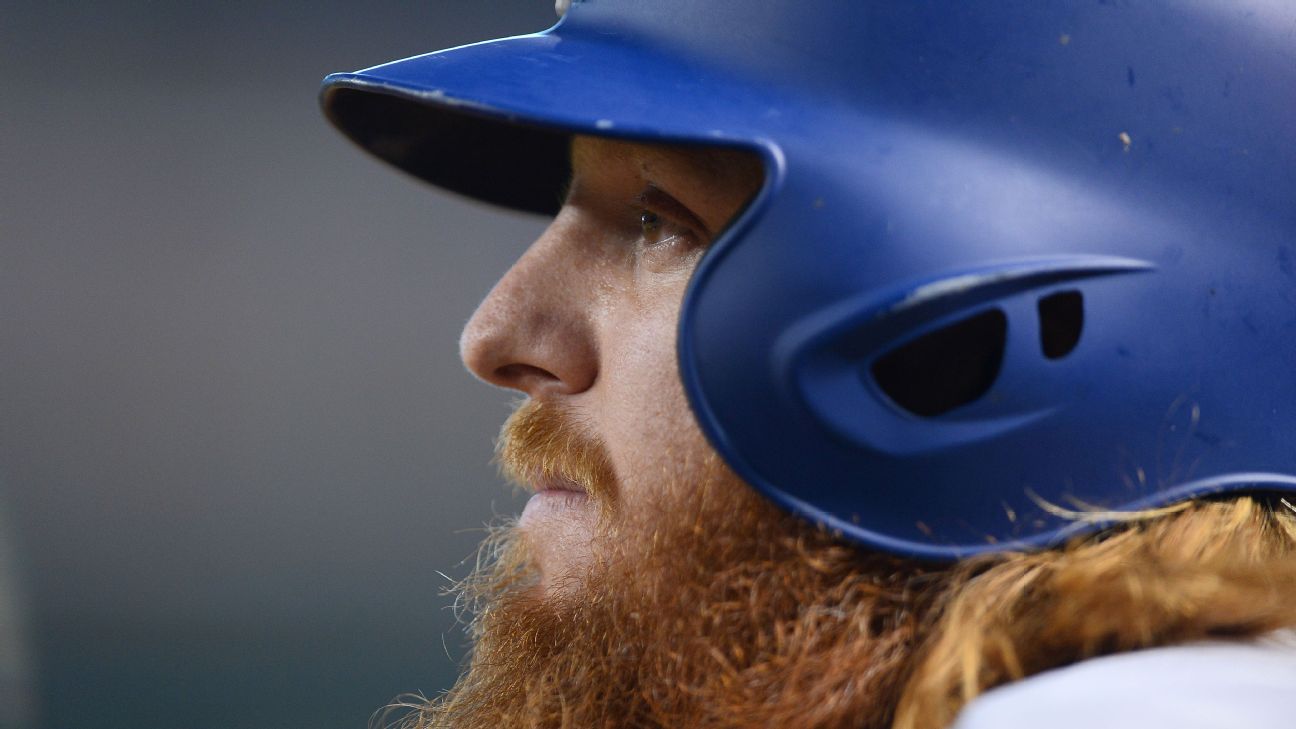 New for 2018, anyway. And most welcome, given the state of the Dodgers.

They activated Turner, an All-Star third baseman last year, and second baseman Logan Forsythe from the disabled list, and both were in the lineup for Tuesday night's game at Miami.

Turner was to make his season debut after breaking his left wrist in spring training. Forsythe had been sidelined since April 14 because of right shoulder inflammation.

"The lineup looks better," manager Dave Roberts said. "It looks deeper. JT is an All-Star. He's a presence in the lineup. It makes me a better manager when he's in the lineup."

The Dodgers (16-24) have been plagued by injuries and began this week's trip in fourth place in the NL West after being swept in a four-game series at home by woeful Cincinnati.

Turner said he and Forsythe can't cause a turnaround by themselves -- and shouldn't try.

Even so, Turner said he's eager to do whatever he can to help.

"It was exciting to wake up this morning and come to the field and get back into the routine of playing a game," he said. "I'm definitely excited to be back."

Turner batted .322 last year. Forsythe hit only .224, but had six RBIs during the postseason to help the Dodgers reach Game 7 of the World Series.

"JT and I talked about it -- with us being back, it's similar to what our chemistry was last year," Forsythe said. "It gives us depth, and I think we're both just happy to be healthy."