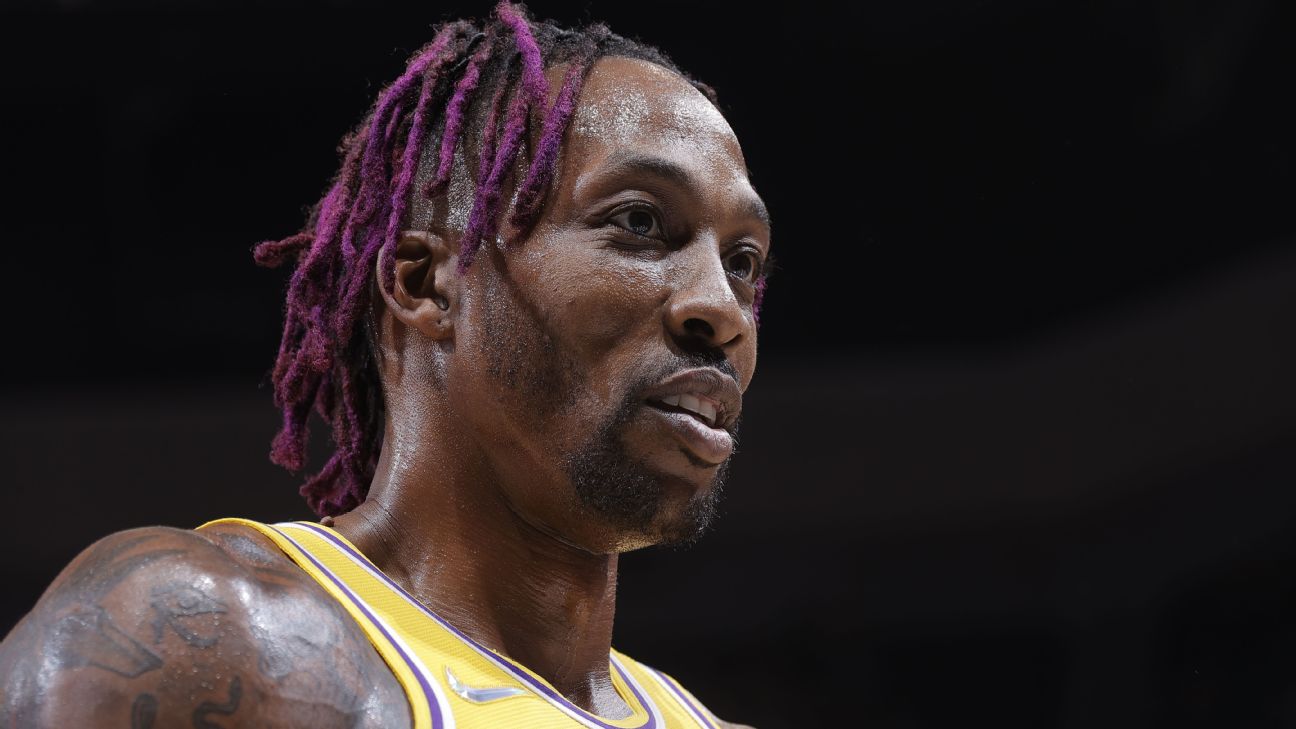 LOS ANGELES -- The Lakers' rocky start to the season continued with teammates Anthony Davis and Dwight Howard getting involved in a heated exchange in the first half of Friday's 115-105 loss to the Suns.

Amid a 27-11 run by Phoenix to take a 13-point halftime lead, Howard and Davis had to be separated by teammates after the pair engaged in a verbal spat on the sideline.


"When you're getting your ass kicked, sometimes those conversations get heated," Lakers coach Frank Vogel said. "Those guys love each other. They talked it out. And that's going to happen from time to time. I'd rather our guys care than not care."

With 3 minutes, 13 seconds remaining in the second quarter, following a Suns timeout, Davis confronted Howard, who was seated on the bench, prompting the Lakers backup center to spring to his feet and meet Davis eye to eye.

As Howard approached, Davis grabbed Howard's arms and pushed, causing Howard to lose his balance and fall back toward the bench. Malik Monkand Avery Bradleyintervened, with Monk holding Howard and Bradley holdingDavis. Tensions continued to boil over, with Davis pointing and jawing at Howard, before Rajon Rondo, LeBron James, Davis' personal security guard and others attempted to placate the situation.

"We squashed it right then and there," Howard said afterward. "We just had a disagreement about something that was on the floor. We're both very passionate about winning. We didn't want to lose this game, so we're just passionate. We got it out the way. We're grown men. Things happen. But we are going to squash this little issue between me and him, and that's my brother, that's my teammate."

Davis, who had 22 points and 14 rebounds, helping to cut a 32-point lead by the Suns all the way down to nine late in the fourth quarter, also downplayed the dustup.

"It's over with," Davis said, explaining that the dispute was over failed execution on their pick-and-roll coverage. "After the situation happened, me and DH, we talked about it and we left it at that."


Howard did not play in the second half, a coaching decision that Vogel said was a chance to evaluate a smaller lineup rather than a disciplinary action.

"We're just trying to get it together," Howard said. "This is our second game, our second real game. And we got to get it right. I know a lot of people are counting us out already. It's early. Lot of people laughing at us and joking, but we going to get this thing together."

Among the chorus of concerned onlookers was former Lakers great Magic Johnson, who took to Twitter to offer a blunt assessment of the state of the team.

James, who has seen his fair share of slow starts on teams with outsized expectations -- going 8-7 out of the gates with the 2010-11 Miami Heat and 19-20 with the 2014-15 Cleveland Cavaliers -- tried to put everything in perspective.

"Obviously the name of the game is to win ballgames," he said. "But there is a process along with building something to become the team that you want to become. And I know it firsthand. I know the shortcomings that happens throughout when you're trying to build something special, and that doesn't happen overnight. As much as you want it, you're going to get frustrated at times because you know what you're capable of. You know what the team can become capable of. But it just takes time."

The frustration didn't end with Howard and Davis. Vogel was called for a technical foul for coming onto the court to argue a no-call with the referees. Davis was also called for a double technical foul, along with the Suns'Deandre Ayton, for getting into it with each other. And Rondo exchanged words with a fan who was sitting courtside late in the third quarter. After Rondo motioned toward the fan to notify the referee to intervene, the fan pushed Rondo's hand away and was summarily ejected, with the fan and his companion promptly escorted out of the arena by Staples Center security.


"I think they're three isolated situations," Vogel said when a reporter suggested the Lakers let their emotions get the best of them.

After a winless preseason, injuries to Talen Horton-Tucker, Trevor Ariza and Kendrick Nunn that will keep all of them out for a significant chunk of the early going, and an 0-2 start to the regular season, James stated the obvious when he said after Friday's game, "We have no choice but to get better."

However, the Lakers star did not take issue with the frustration his team showed Friday, deeming it a byproduct of the standard that Los Angeles is looking to establish with its new roster.

"We're competitors," James said. "If you don't get mad at certain things on the floor that you feel like you should have done better, then what are you here for? So we like that as a ballclub. We like the adversity. I like the adversity, and I like it even more when two men on the team can come together and talk about it and move on.

"That's what real men do. They don't let it linger. They say what you got to say and you talk about it and you move on. And that's what they did tonight." 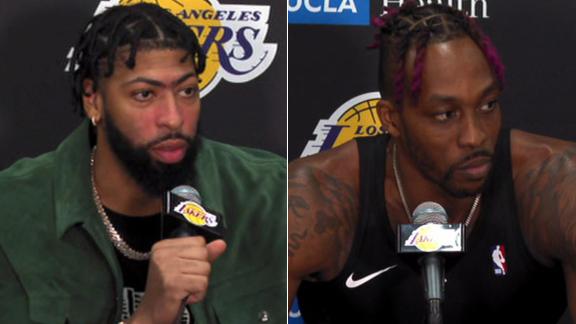 Davis, Howard downplay scuffle after Lakers' loss to Suns
Anthony Davis and Dwight Howard detail what happened when they got into it on the bench during the Lakers' loss to the Suns. 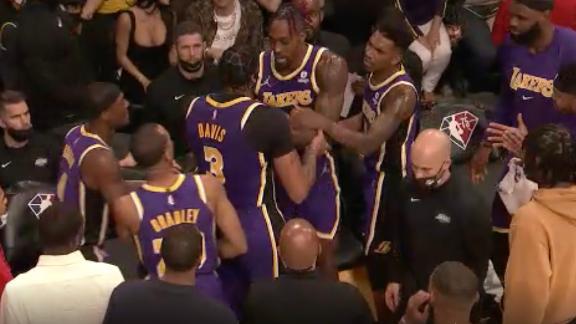