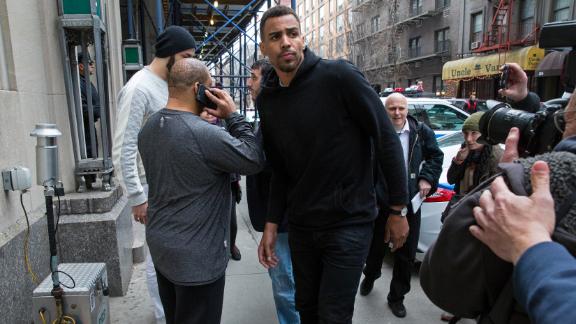 ATLANTA -- The NBA is probing the events surrounding the arrest and injury of Atlanta Hawks forward Thabo Sefolosha, the league said Saturday.


"We are working with the Hawks organization and local law enforcement to obtain more information about the circumstances surrounding Thabo's arrest," NBA spokesman Michael Bass said.


The league wouldn't go so far as to characterize its efforts as an official investigation, but a source close to the situation expects the league to do so in short order.


On Friday, the National Basketball Players Association said it was looking into the incident. On Thursday, the union had representatives at the 10th precinct and the courts in New York City.


But two videos have surfaced on TMZ that raise questions about the specifics at the scene. The most recent video, shot by a witness, appears to show Sefolosha being wrestled to the ground by five uniformed officers, after which one swings a baton forcefully, apparently at Sefolosha's lower body.


A New York Police Department spokesman said Saturday that its Internal Affairs Bureau is reviewing the "entire incident" surrounding the arrests of Sefolosha and Antic. The spokesman said a review takes place whenever someone claims he/she was injured during an arrest.


On Friday, Antic lent support for Sefolosha and implicitly challenged the police's account.


"There's a video out that speaks for itself," he said. "The only thing I can say is that we feel bad for the bad publicity that we brought to the Hawks organization and the Hawks family."


Antic added that he and Sefolosha had no knowledge or involvement in the attack on Copeland.


"We don't have nothing to do with what happened with that. We weren't together," Antic said. "We didn't see the guy, and whatever happened, happened way before."


The Hawks have been reticent with their public comments. But behind the scenes, sources say, Hawks officials, staff and players have expressed indignation and frustration over the incident, and the videos have reaffirmed their belief in Sefolosha.