Our hottest hot takes one week into the 2021 MLB season 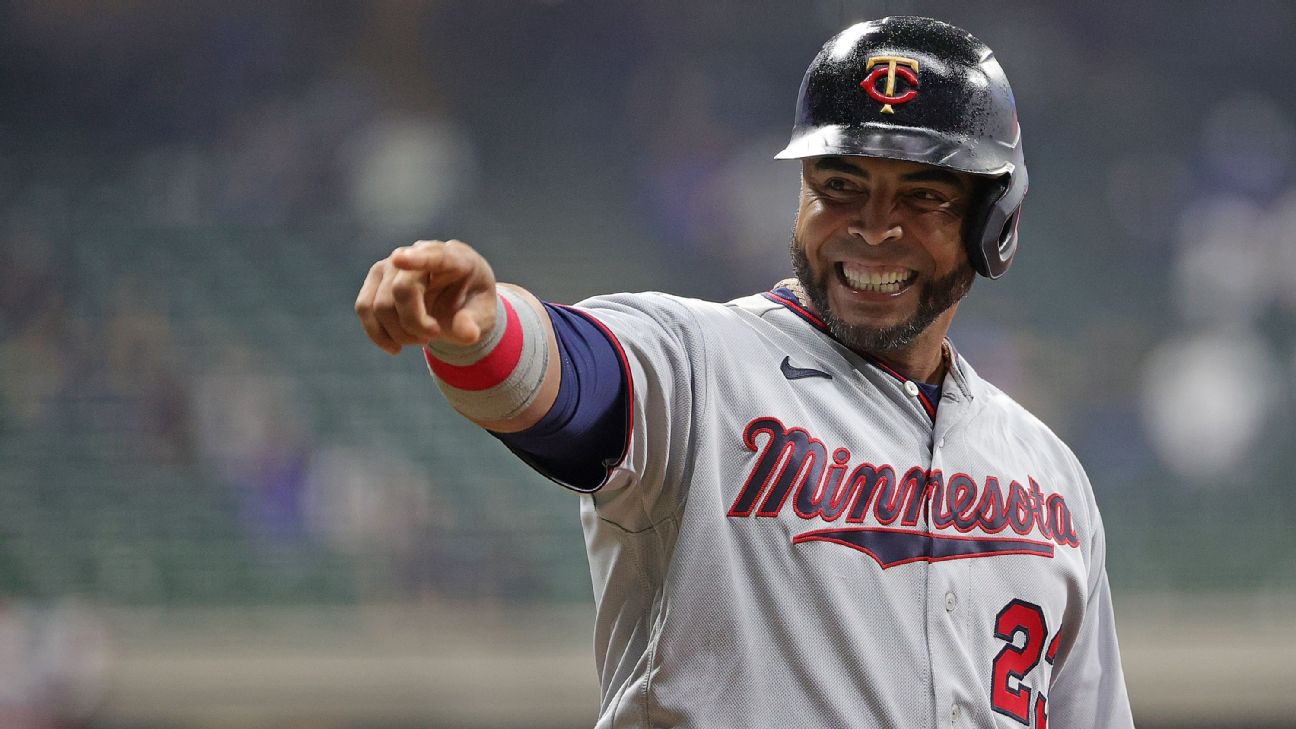 The first week of baseball is only a small taste of the 162-game main course that is an MLB season. But we're not about to let that stop us from having some fun in early April as the sport returns to a full schedule after last year's shortened 60-game campaign.

We asked a group of our MLB experts to go all-in on the early returns by making one bold prediction based entirely on what they've seen so far. They were allowed to pick any topic of their choosing with the following conditions: It had to be bold, and it had to be something they believe could happen.

From a polarizing pitching staff to a pair of teammates who could be battling for 2021 MVP honors -- and even raising a World Series trophy together come October -- here is what they chose.

We've had only a very small taste of what this team has to offer so far due to the preemption of its first few games due to Washington's COVID-19 issues, but it's clear to me that the combo of Jacob deGrom and Marcus Stroman is going to lead a generally solid corps of arms with routine quality starts, if not outright dominant outings.

It's also equally clear to me that "1 IP, 1 ER" is going to be the new normal for each and every Mets reliever -- except of course, for Jeurys Familia, who will likely continue his career-long routine of "infield hit, weak ground ball resulting in a bang-bang force play (but only after video review), walk, strikeout, walk, hard-hit line drive that 50% of the time finds a glove, 50% percent of the time drives in two." If he's still on the roster in June, buy tons of stock in Tums. -- AJ Mass

The defending AL champion Tampa Bay Rays are in trouble

Hey, I'm the high man on the Rays. Called them the most exciting team in baseball in 2019 and they won 96 games and made the playoffs. Said they were going to make the World Series in 2020 and they did. So if I'm down on the Rays, pay attention.


The big issue here is the rotation behind Tyler Glasnow and Ryan Yarbrough, and we still have to see if Glasnow can dominate over a full season. The Rays are counting on Michael Wacha, who hasn't had a 2-WAR season since 2015. Rich Hill is 41. Chris Archer? Collin McHugh? These are rolls of the dice.

The Rays were able to ride their bullpen last season, but that was in a short season with expanded rosters. That will be a more difficult strategy in 2021, even more so without Nick Anderson, their best reliever, who will miss at least half the season. The offense, meanwhile, really needs Randy Arozarena to be a big star, and he hasn't looked good so far. Including spring training, he has 18 strikeouts and two walks. I hate to say it, but he might be a case of a guy who just rode an all-time hot streak last October and settles in as a good -- but not great -- hitter. Wander Franco will help when he comes up, but you can't count on a 20-year-old to carry the lineup. -- David Schoenfield

The Chicago White Soxwill go undefeated against lefties, but never win a game started by a righty

Too hot? Perhaps. But that trend has already taken form, as going into their home opener on Thursday, the Sox were 3-0 when a lefty starts against them and 0-4 with a righty on the mound. This is coming after a 2020 season in which they went 14-0 against southpaws but just 21-25 against righties. This isn't random. Other than Jose Abreu, their righties don't hit righties very well, but more importantly, the Sox have a deficiency of dangerous hitters from the left side of the batter's box.

There are games where they'll need some slug from lefties, and they might simply not have enough. This doesn't mean Adam Eaton, Yasmani Grandal andYoan Moncada aren't good hitters, but they don't bring the thunder -- or threat of it -- that other lefty sluggers around the league possess. It's going to be a grind against righties all year.-- Jesse Rogers

At the time I'm writing this he has made only one start this year -- but it was a dominant outing that he followed up with another one in his second start Thursday. He throws the hardest cutter in the league (96.3 mph) -- and threw it 47% of the time in that first outing -- and is tied for the third-hardest fastball among starters (behind Jacob deGrom and Shohei Ohtani) at 98.1. In his 14 career MLB starts, his strikeout rate would rank third and his xFIP (a better predictor of ERA than ERA itself; 2.81) would rank fifth in baseball among starters in the 2020 season, when no pitcher had more than 12 starts. An even bolder prediction would be that three Brewers will get top-five Cy Young votes among their four elite arms: Burns, Brandon Woodruff, Devin Williamsand Josh Hader -- Kiley McDaniel

Shohei Ohtani will get at least one MVP vote


A message to all the skeptics: This is happening. Ohtani will not only be a two-way player for the Angels this season; he will hit on the days that he starts and play without any restrictions he doesn't voluntarily place on himself. And he will be good at it. Ohtani has already proved to be an elite hitter. He has the stuff to be an elite pitcher, but he also needs to ease into it given that he accumulated only 79 2/3 innings from 2017 to 2020.

As an Angels source said recently: "Judge him in May." Translation: Ohtani will only get better at this, not worse. By the end of the year, he will have had the type of impact we haven't seen since Babe Ruth in 1919 -- with an added element, given Ohtani's ability to make an impact on the bases. -- Alden Gonzalez

This will be the Year of Byron Buxton

I hate to curse a guy with my total inability to connect on hot takes, but here goes: Byron Buxton is going to win the AL MVP award. This is not an overreaction based on his three early homers. I just love where Buxton's offensive approach is right now. He's in that magical age-27 zone. With a modicum of newfound patience, he could hit 30 homers. With a career-first season of start-to-finish health -- the biggest question mark in this scenario -- he's going to steal 50 bases. In that potent, balanced Twins offense, he'll score 110 runs and drive in 100. And his work in center field is historic. This is the year that the version of Buxton we've always known was there is going to emerge. -- Bradford Doolittle

Or make that the Year of Nelson Cruz

Nelson Cruz leads baseball in home runs and OPS and wins AL MVP honors and leads the Twins to a World Series championship. All-in. Lineup. Rotation. Bullpen. Manager. And the 40-year-old Boomstick. Does Cruz look old to you? It's incredible to think about where he was in his career just a decade ago, but now he is seemingly at the top of his game, regularly churning out 40-homer seasons. Now comes 50. Homers. Not age. Not yet. -- Eric Karabell

Berrios will win the American League's Cy Young Award, the World Series MVP award and record said Fall Classic's final out.Most of the problems with Berrios' 2020 were related to fastball command -- a pitch in which he added velocity despite those issues -- and since the exhibition season began, he certainly seems to have corrected them. He has added more spin and a hint more velocity to the pitch, giving him two bona fide swing-and-miss pitches, and he's one of the few who should get a workload befitting an "ace" in today's game. These Twins will go far in the playoffs, thanks in large part to his efforts. -- Tristan Cockcroft
Report a correction or typo
Related topics:
sportsespnmlbchicago white soxtampa bay raysminnesota twinsdailynew york metsmilwaukee brewerslos angeles angels
Copyright © 2021 ESPN Internet Ventures. All rights reserved.
More Videos
From CNN Newsource affiliates
TOP STORIES