Raiders WR Tyrell Williams has torn labrum, will try to play through it, sources say 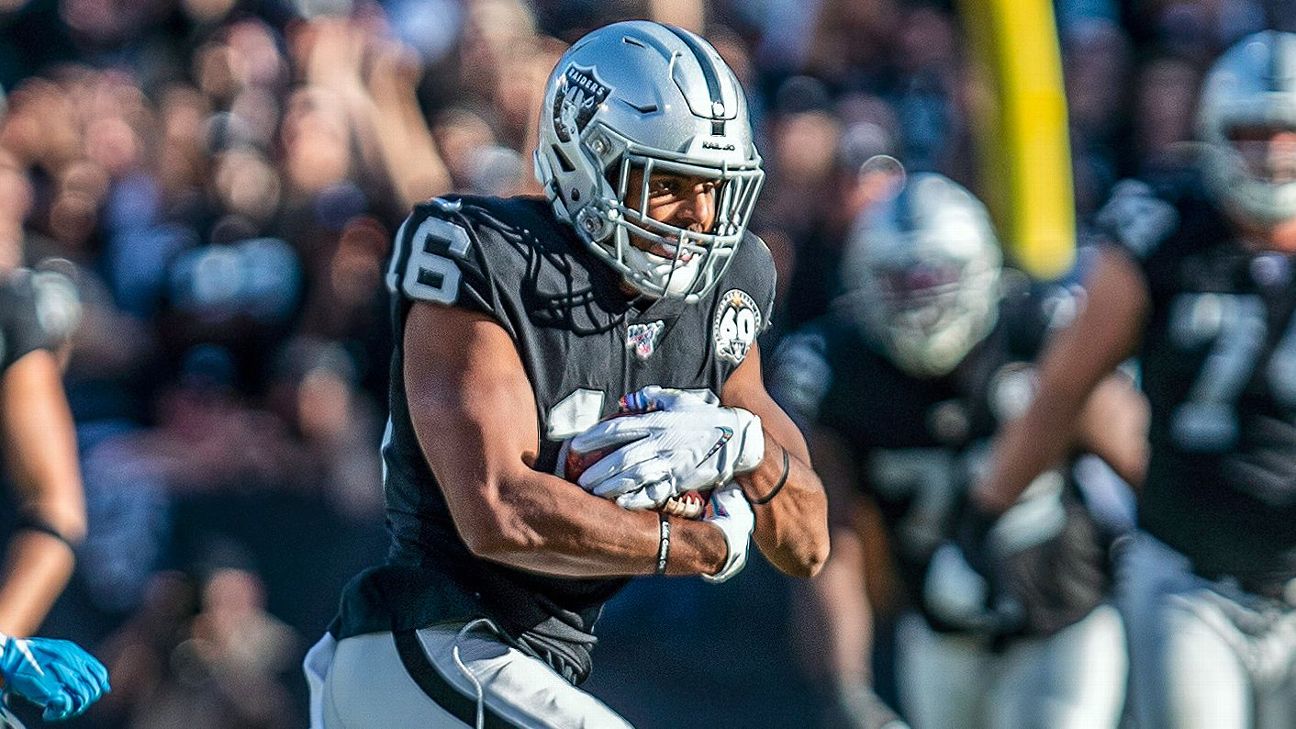 HENDERSON, Nev. -- Las Vegas Raiders receiver Tyrell Williams has suffered a torn labrum in his shoulder but will try to play through the injury after rehabbing it, sources have confirmed to ESPN.

Williams, 28, had been noticeable by his absence in recent practices, including Friday at the team's new Allegiant Stadium, where the Raiders held a pseudo-scrimmage.


The Raiders drafted a pair of receivers in No. 12 overall pick Henry Ruggs III and Bryan Edwards in the third round. Both have been impressive with Edwards getting a lot of first-team reps in training camp. Free-agent signee Nelson Agholor has also flashed, along with returners Zay Jones and slot receiver Hunter Renfrow.

Williams, who signed a four-year, $44 million free-agent contract with a max value of $47 million and $22 million guaranteed last year, got off to a hot start last season with touchdown catches in each of his first five games with the Raiders. But plantar fasciitis slowed him significantly, and he missed two games with the issue. His 42 catches and 651 receiving yards were the second-fewest of his career, respectively.

Still, he said the feet were no longer an issue at the start of camp.


Plus, there was the Antonio Brown misadventure, which cast a shadow over the receiver group all season.

"As a group we really haven't had an identity with a lot of stuff that was going on," Williams said. "We just had a lot of people coming and going and different stuff like that. So, I think now we have a real good core group, some good young guys, guys that we had last year coming back as well. I think if we just kind of gel together and really know what our roles are, I think that will help us a lot as a unit just to be able to play better together and play knowing what everybody is doing and where everybody is at, so that will be a big help."

Williams' base salary of $11 million for 2020 was guaranteed for injury only at signing, per ESPN Stats & Information, but became fully guaranteed on the third day after the start of the 2020 league year waiver period in February.