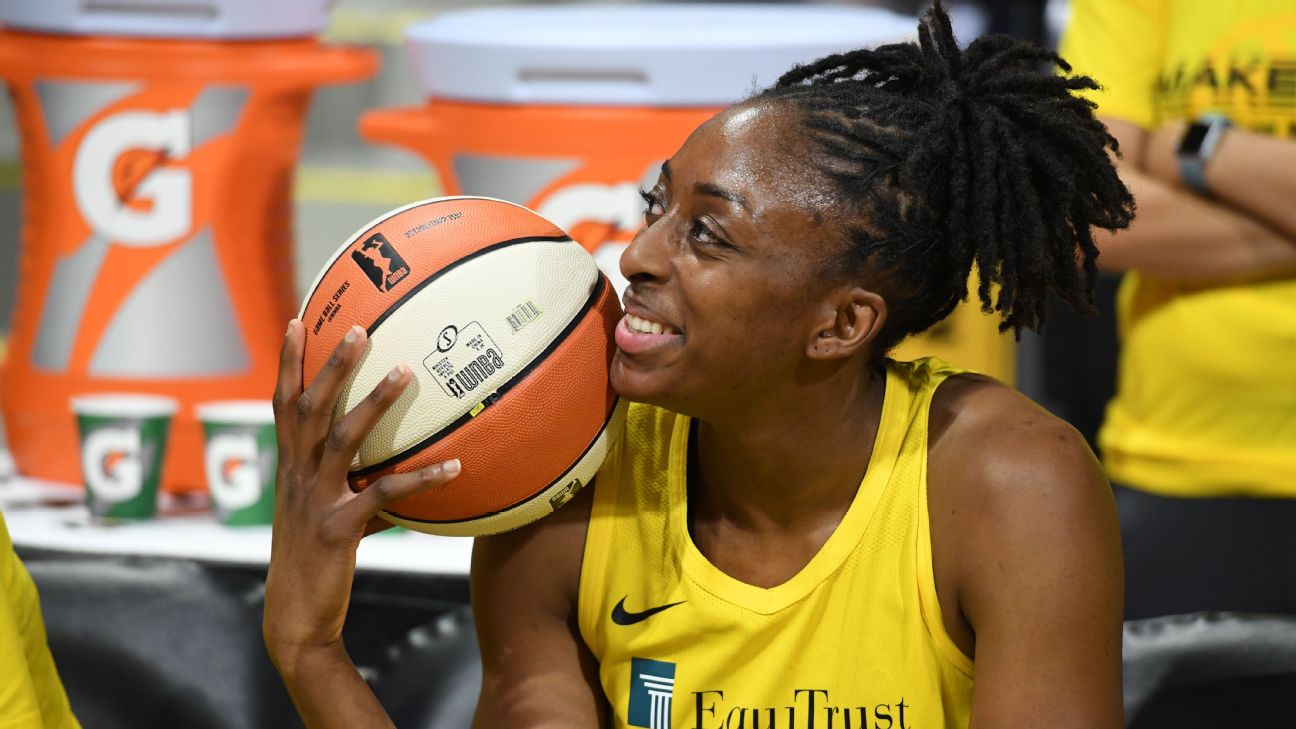 For the second year in a row, Los Angeles Sparks forward Nneka Ogwumike is the winner of the WNBA's Kim Perrot Sportsmanship Award.

The award goes to a player who exemplifies the ideals of sportsmanship, including ethical behavior, fair play and integrity. It is named after Perrot, a guard who helped guide the Houston Comets to the 1997 and '98 WNBA titles before dying in August 1999 from cancer.


Ogwumike is the second player to win the Perrot award two years in a row; the Seattle Storm's Sue Bird won it in 2017 and '18. Bird and retired Indiana Fever player Tamika Catchings each have won the honor three times.

Ogwumike averaged 13.3 points and 4.8 rebounds this year for the Sparks.


She is also the president of the executive committee of the WNBA's union, and was extensively involved in collective bargaining agreement negotiations -- a new deal was reached in January -- and the formation of the WNBA's bubble in Bradenton, Florida, for this season.

"The 2020 WNBA season is dedicated to Breonna Taylor and combating systemic racism, sexism and other social injustices," Ogwumike said in a statement. "It's an honor to receive the Kim Perrot Sportsmanship Award, which I believe this year represents all the hard work from the players on and off the court to use our collective platform to enact change."
Report a correction or typo
Related topics:
sportsespnnewswnbalos angeles sparksnneka ogwumike
Copyright © 2021 ESPN Internet Ventures. All rights reserved.
More Videos
From CNN Newsource affiliates
TOP STORIES