LOS ANGELES (KABC) -- Immediately following the helicopter crash that killed Lakers legend Kobe Bryant, his daughter and seven others, memorials were erected at L.A. Live Plaza in downtown. But in the subsequent days, jerseys, balloons, candles, signs and other gifts have flooded areas surrounding Staples Center.

Evidence of the NBA great's impact on Los Angeles can be found around "The House That Kobe Built," as described by many, including Staples Center, where purple and gold now line the curb.

A massive poster board has been set up at L.A. Live, where fans have left messages and well wishes for Bryant, along with a toy basketball hoop where some fans have used to shoot a miniature basketball.

Fans were seen shouting "Kobe!" while shooting paper into a trash bin at the plaza.

Hundreds flocked to the Staples Center amid the investigation into the crash on a Calabasas hillside.

Mariachi performers from around the city honored Bryant and the other eight lives lost.

"He really embraced the Latino community. He did interviews in Spanish," mariachi player Santiago Alberto said. "L.A. is a mostly Latino community and they welcomed him with open arms when he came to L.A."

Alberto put out a call to local mariachi performers online. They played together for the first time Wednesday night.

"This is how we mourn our people, with mariachi, with live bands," Moorpark resident Ramon Avila said. "We mourn him, but we also gratify him for everything he did for us."

Mariachi players from around Los Angeles came together at Staples Center Wednesday night to honor Lakers legend Kobe Bryant and the other eight lives lost.

The Lakers return to the floor Friday against the Portland Trail Blazers. Tickets for the game skyrocketed following Bryant's death, with the lowest price at nearly $900. StubHub says it will donate all of the fees associated with ticket sales to the Kobe & Vanessa Bryant Family Foundation, which aims to improve the lives of families in need and strengthen communities through financial resources and cultural enrichment opportunities, according to its website.

The Lakers returned to the hardwood at the UCLA health training center in El Segundo Wednesday for their first practice since Bryant's passing Sunday.

Several players were seen preparing for Friday's game, including LeBron James, who passed Bryant as the third-leading NBA scorer.

Players did not speak to the media, but coach Frank Vogel held a brief press conference.

"He was the most feared man in the league for an entire generation," Vogel said. "The influence is profound, league-wide, basketball community-wide, worldwide, Lakers family-wide. His influence will be felt forever."

Hours after the practice, the Lakers organization issued its first public statements about Bryant, saying they are "devastated" and "forever changed" by his death.

The team is also encouraging fans to contribute to Kobe's foundation to support the other families impacted by the crash.

The team wrote on Twitter and Instagram: "We send our love to Vanessa, the Bryant family, and to the families of the other passengers. Words cannot express what Kobe means to the Los Angeles Lakers, our fans, and our city. More than a basketball player, he was a beloved father, husband, and teammate. Their love and light will remain in our hearts forever. The Mamba Sports Foundation has set up the MambaOnThree Fund to support the families affected by this tragedy. To help, please visit MambaOnThree.org. For those who are inspired to continue Kobe and Gianna's legacy in youth sports, please visit MambaSportsFoundation.org.

Two members of the Lakers organization who were close to Bryant have yet to speak publicly - controlling owner Jeanie Buss and general manager Rob Pelinka, who was Bryant's agent before joining the team's front office. 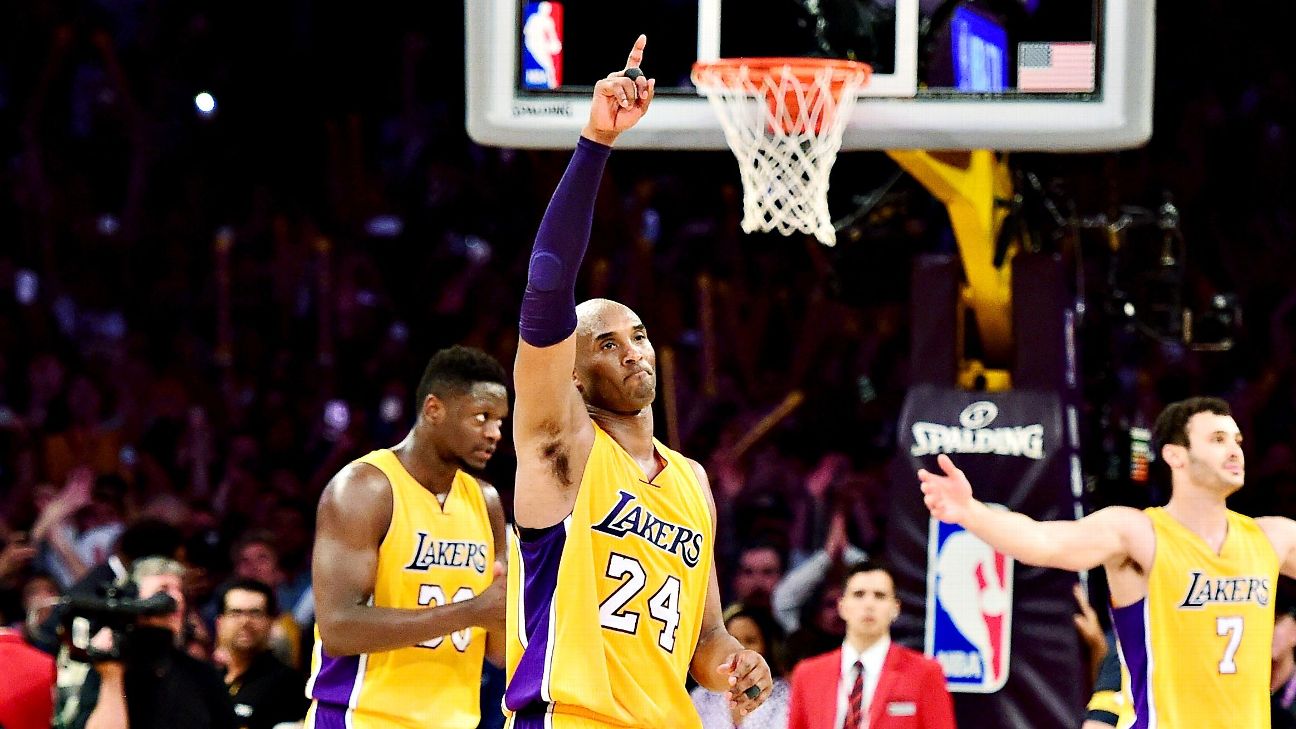 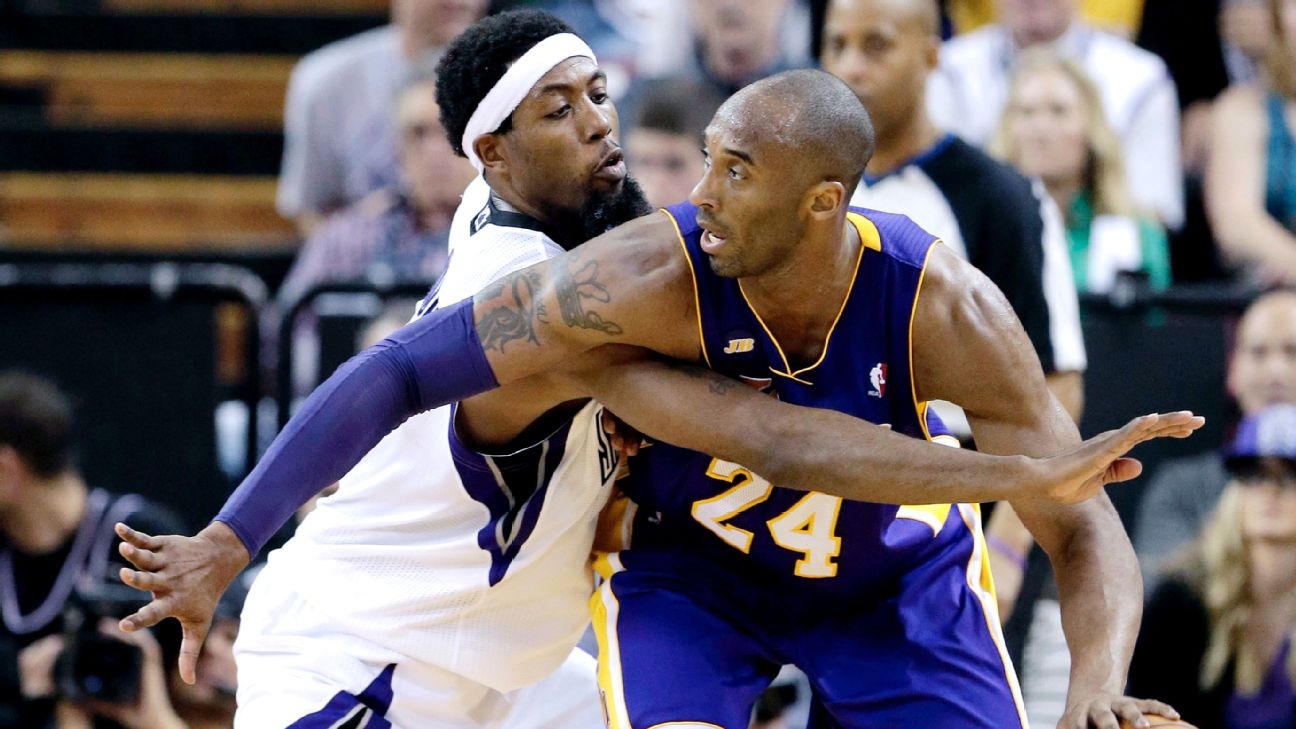 From the archives: The brutal stretch leading up to Kobe Bryant's Achilles tear in 2013 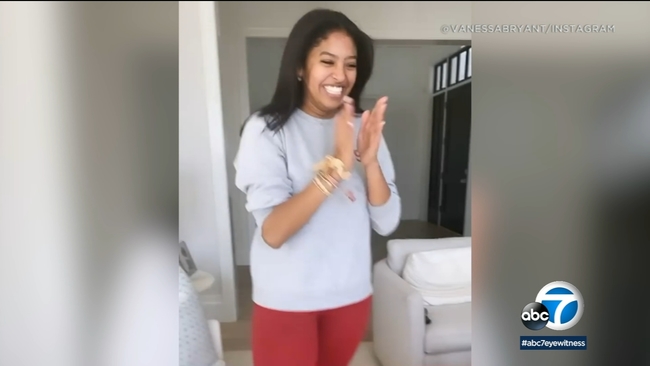