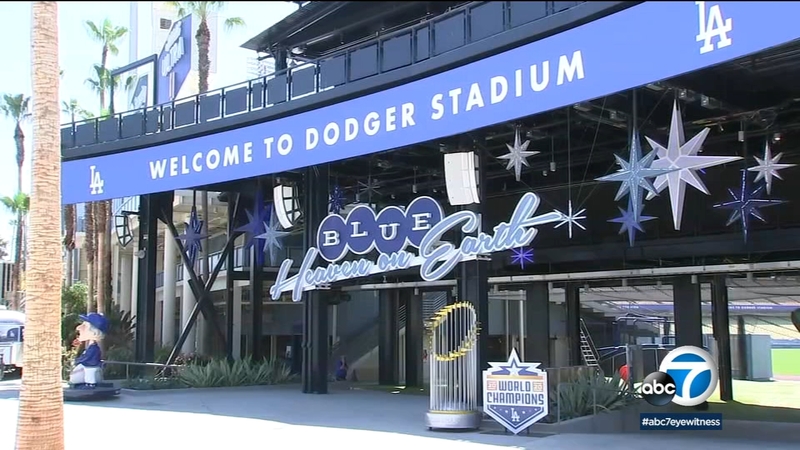 LOS ANGELES (KABC) -- It's almost time for Dodger baseball. On Friday, fans won't just be watching a world championship team in-person, they'll be inside a renovated stadium that celebrates Dodgers history like never before.

But many of the new offerings are on hold because of COVID-19.

"They should expect that we're going to still have limitations," said Dodgers President Stan Kasten. "They're going to still be required to wear masks and sit in their pods and not walk around a lot. No concession stands will be open and they'll have to order on their app. But, they'll be here at Dodger Stadium. The sights and sounds should be very familiar to them and the team should be familiar to them."

Fifteen-thousand fans will be allowed inside for the first time in over a year. Reminders to wear your mask, sanitize your hands and keep your distance will fill the stadium.

Although the $100 million renovation won't be completely open, you'll be able to see some of the memorabilia that now fills the center field plaza, including the World Series trophy located in the Gold Glove bar in the new 2.5-acre front door to the stadium. And, it's now much easier to access the outfield stands.

"Stairs, bridges, escalators, elevators. So for the first time in 60 years, fans can circumnavigate Dodger Stadium and really take in all of its beautiful views and wonderful offerings," said Janet Marie Smith, the Dodgers senior vice president of planning and development.

From cash-less concessions to advance-purchase of parking, the experience at Dodger Stadium this season will be decidedly different under new guidelines.

"We built it for the fans who don't want to sit in their seats," said Kasten.

The Dodgers are hopeful that by June 15 at the latest, over 50,000 fans will pack the stadium and everything will be open, including tons of new concessions in the plaza like Dunkin' Donuts, California Pizza Kitchen and Shake Shack.

But, for now, you'll have to order available food on your phone and then go pick it up. Hawkers will not be walking up and down the aisles selling food to fans in their seats.