AP
SAN JOSE, Calif. -- UC Irvine's hopes to be the Cinderella of the NCAA tournament ended Sunday in a disappointing 73-54 loss to Oregon.

The No. 13 seed Anteaters had already showed some underdog potential when they upset No 4. Kansas State 70-64 last week in the first round of the March Madness tourney.

But the No. 12 Ducks proved too much for Irvine.

Ehab Amin sparked Oregon out of a long drought to start the second half and the Ducks became the lone double-digit seed to advance to the Sweet 16.

Oregon will play Virginia on Thursday in Louisville, Kentucky. 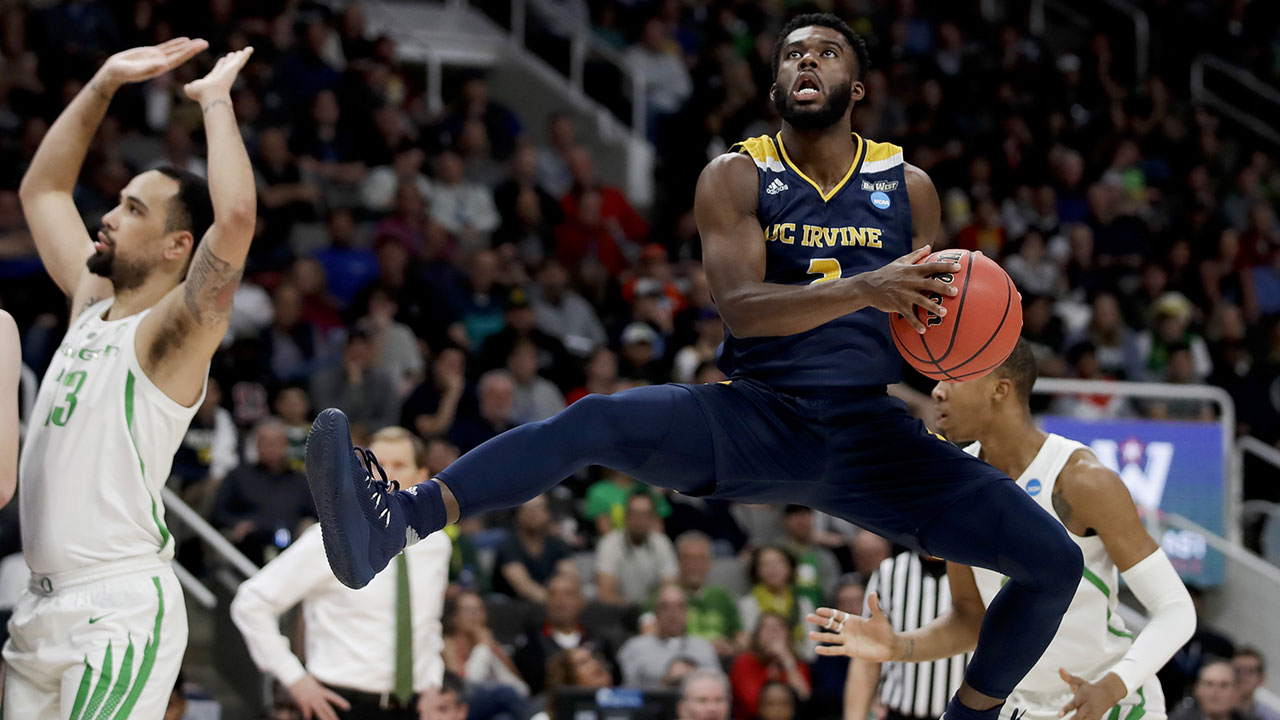 UC Irvine guard Max Hazzard jumps during a game against Oregon in the NCAA basketball tournament on Sunday, March 24, 2019 in San Jose.

Payton Pritchard led 12th-seeded Oregon (25-12) with 18 points, Louis King added 16 and Amin had 12 points and three steals. The Ducks have won 10 straight after a lackluster start to the season and will play top-seeded Virginia in the South Regional semifinal on Thursday.

After going more than seven minutes without scoring to start the second half and squandering all of a 12-point lead, Oregon used a 15-3 run to take control and end a 17-game winning streak for the 13th-seeded Anteaters (31-6).

Amin started it with a 3-pointer and caused two turnovers. Pritchard scored seven points in the spurt, and the game quickly turned into a laugher with Kenny Wooten getting a block on one end and an alley-oop on the other to make it 68-49 with just more than two minutes to play.

Robert Cartwright scored 14 points and Evan Leonard added 11 for UC Irvine, which came into the game with longest active winning streak in the nation.

The Anteaters looked like an entirely different team coming out of halftime starting with a 3-pointer by Cartwright on the opening possession. That started a run of 14 points in a row that put UC Irvine ahead 37-35 on a layup by Cartwright.

The Ducks missed their first 11 shots from the field and committed four turnovers before finally breaking through on Amin's 3-pointer that ended a drought of 7:32. Amin then drew a charge, and King followed with another 3 that put Oregon up 41-37 midway through the half.

UC Irvine: The most successful season in Anteaters history has come to an end. They set a school record for wins, won the Big West Tournament title and got the first NCAA Tournament win in school history. They put up a good fight against the more talented Ducks but ultimately fell short.

Oregon: After stumbling along at 15-12 late last month following a three-game losing streak, the Ducks look like the team ranked 14th in the preseason poll. With Pritchard as the floor leader, Amin providing energy and Wooten patrolling the inside, they are back in the Sweet 16 two years after making a Final Four run.
Report a correction or typo
Related topics:
sportscollege basketballncaauc irvinebasketball
Copyright © 2020 by The Associated Press. All Rights Reserved.
RELATED 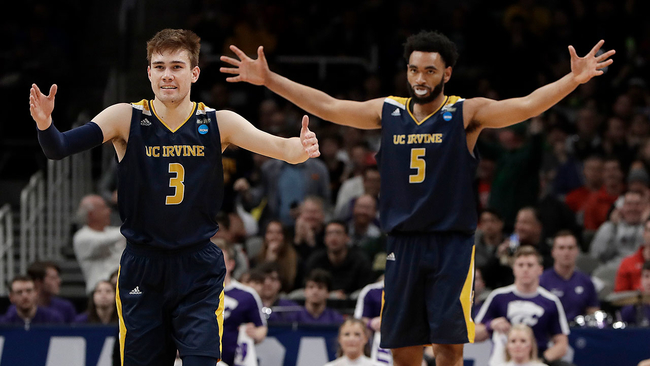