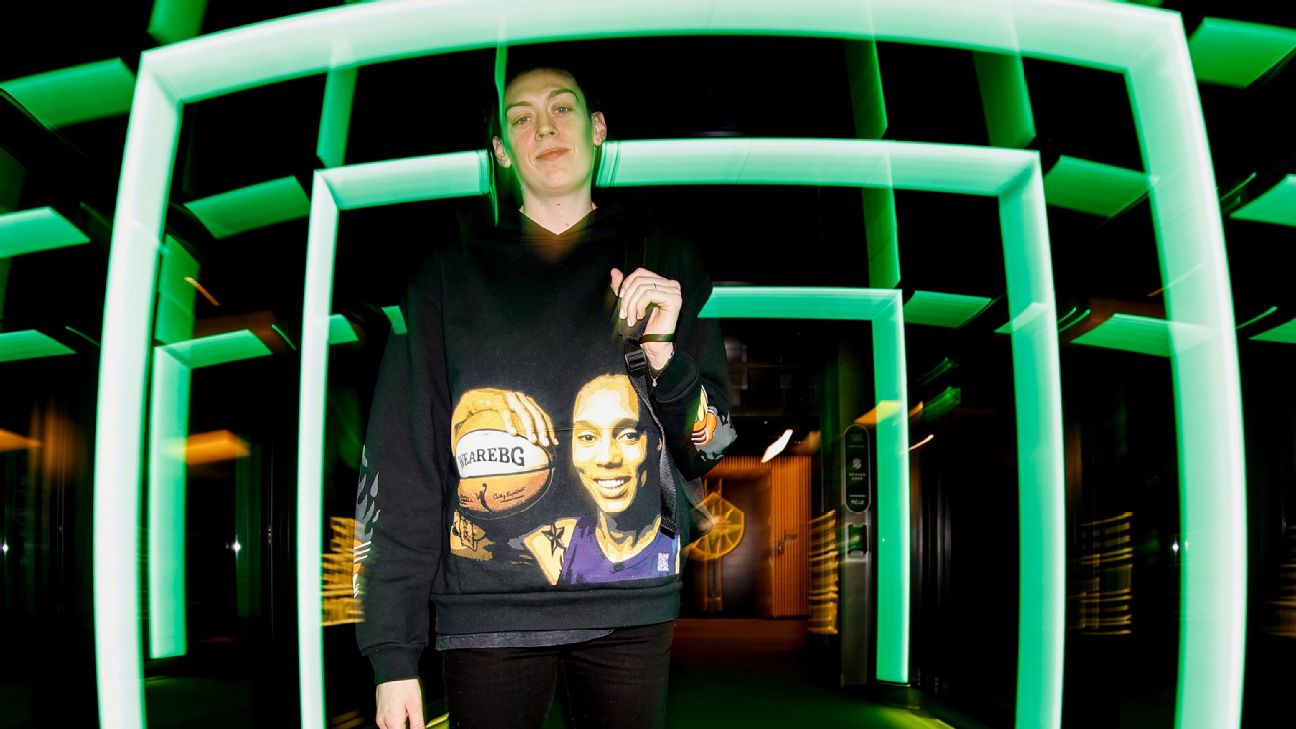 As the WNBA season continues, there has been much to talk about since the year began. The Las Vegas Aces look strong under new head coach Becky Hammon, defeating the Phoenix Mercury and Los Angeles Sparks in convincing fashion to lead the league standings. The reigning champion Chicago Sky find themselves toward the middle of the pack, and the New York Liberty round out the bottom of the association as of Saturday.

The early play has provided exciting hoops action, and the pregame looks by players have brought some intrigue off the court.


A number of athletes stood out for their wardrobe selections this week. Some players honored music icons with their clothing, while others used their color-coordinating skills to pull off some eccentric looks.

Here's a look at some of the best fits from around the WNBA:

Sheppard became the latest player to show support for Brittney Griner with her pregame apparel, while her teammates brought out some sleek casual looks for their road trip.

A number of Liberty players donned gear withPhoenix Mercury star Brittney Griner's picture on it before they took the court against the Seattle Storm.Griner has been in Russian detention since February.

It was '90s night for the Sun and their fans Thursday as they took on the Dallas Wings. From the pink skirt to the flat cap, Carrington understood the assignment.

She plays for Minnesota, but Carleton's look Tuesday had Georgia vibes. She wore a graphic T-shirt with Grammy Award-winning rap duo Outkast pictured on it. Both members of the group, Andre 3000 and Big Boi, hail from the Peach State.

On Tuesday, Jones and Thomas' accessory choices featured a couple of luxury brands. Jones opted for a Telfar bag, while Thomas decided on a Marc Jacobs handbag.

Plum's fit before Sunday's game against the Sparks included a shirt with late rapper Tupac Shakur pictured on the front. On the back, it read "Me Against the World," the title of Shakur's third studio album. The team's mascot, Bucket$, also repped the late rapper on its clothing.

Sykes wore a hoodie with Mercury star Brittney Griner depicted on it ahead of Sunday's match against the Aces. This clothing is in support of Griner's release from Russian detention, where she has been since February. 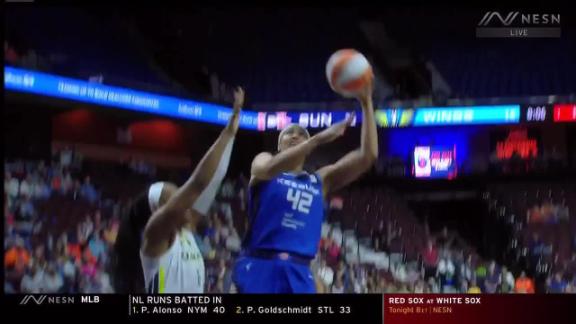