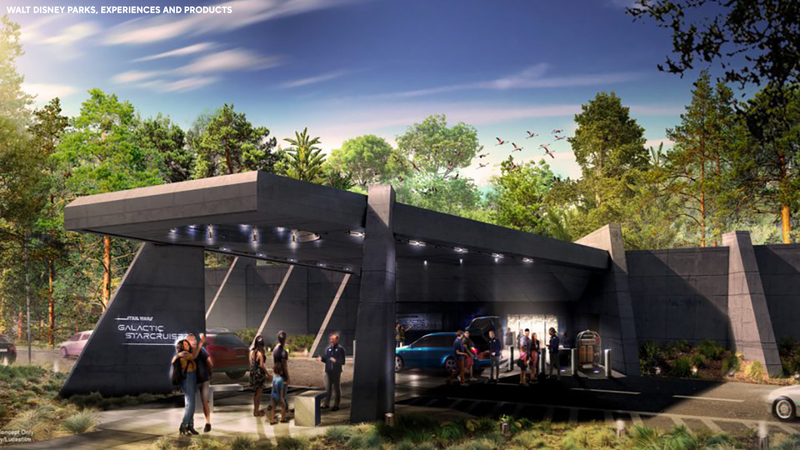 The highly anticipated Star Wars-themed immersive hotel is set to open at Walt Disney World in 2021, the company announced Tuesday.

Disney likened the "Star Wars: Galactic Starcruiser" attraction to a cruise. Admission is sold in two-night itineraries, so guests all arrive and depart at the same time and remain "fully in-story" for the entirety of their stay.

The pod transports them to the Halcyon, a starcruiser known for its "impeccable service and exotic destinations," according to Disney's Imagineering team.

During their stay at the Halcyon, guests will find windows that have "a view of the galaxy beyond," according to Disney. The ship also features "hidden spaces deep in the mechanics of the ship -- perfect for uncovering secrets...or holding secret meetings."

Then, a special passenger van takes them on an excursion to planet Batuu, a.k.a. "Star Wars: Galaxy's Edge," which opened in Hollywood Studios this year. That's where the story begins!

"Throughout the journey, you will be invited to delve deeper into your personal adventure by participating in onboard activities, interacting with characters, crew, other passengers you meet, and becoming part of the action and the broader Star Wars saga," Disney announced at the D23 fan expo.