This Day in History: Statue of Liberty delivered to New York Harbor 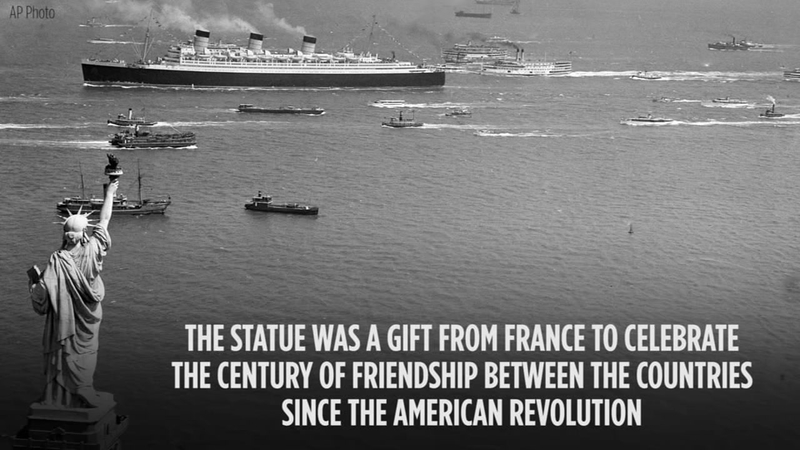 This Day in History: Statue of Liberty arrives in the New York Harbor

Friday marks 131 years since one of the most famous presents in history was delivered: the Statue of Liberty.

The statue was a gift from France to the United States honoring the century of friendship between the peoples of the two countries, according to History.com. Following the conclusion of the Civil War, French historian Edouard de Laboulaye suggested that France send the statue as a congratulatory gesture to the United States for the having built a democracy a century earlier. The statue was originally supposed to be finished in time for the centennial of the Declaration of Independence in 1876, but fundraising efforts took longer than anticipated.

Sculptor Frederic-Auguste Bartholdi was tasked with creating the statue, and he enlisted the help of engineer Alexandre-Gustave Eiffel, the man who would later develop the Eiffel Tower, to design the framework. Bartholdi is said to have modeled the statue after his mother.

The statue was then sent across the Atlantic Ocean in 350 individual pieces. It arrived in the New York Harbor on June 17, 1885.

The statue was reassembled and dedicated by President Grover Cleveland more than a year later. At the time, it was the tallest structure in New York.

Due to its proximity to Ellis Island, the statue has greeted millions of immigrants as they reached the United States. It has become a symbol of freedom and democracy recognized around the world.