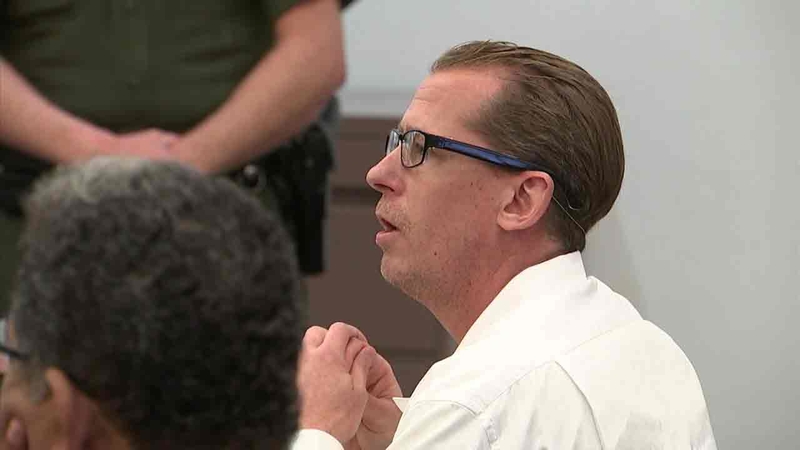 SANTA ANA, Calif. (KABC) -- One of two Orange County sex offenders has been found guilty of kidnapping and killing four women working as prostitutes in 2014.

The verdict for Steven Gordon, who represented himself in court, was read in a Santa Ana courtroom on Thursday.

Prosecutors said the women were working as prostitutes in Santa Ana and Anaheim when Gordon and his alleged accomplice, Franc Cano, picked them up in 2014 and killed them. Both men are registered sex offenders.

Estepp's body was the only one found. The discovery was made at an Anaheim recycling plant, which led to the other women.

Gordon and Cano wore GPS ankle bracelets at the time. The prosecutor said investigators used that GPS and cellphone data from the victims to link the men to the murders.

As Gordon represented himself in court for the murders, he blamed only Cano for the crimes.

"In no way am I a saint, but I have a conscience," Gordon said in court. "He does not. He's a predator."
In his statement, Gordon claimed Cano used both of their phones to create conversations of them plotting the crimes. He also told jurors he believes Cano committed more than just four murders. Cano's trial date has not been set.

In court on Thursday, Gordon testified Estepp was the one victims he had a change of heart about.

"Yes, I changed my mind about killing her, but that doesnt change the fact she's not alive because I (expletive) up," he explained.

"We believe Jarrae's death was not in vain," cried mother Jodi Estepp. "That the other mothers -- we've got closure today for them."

The penalty phase of the case will be underway on Monday. That will decide whether Gordon will be put to death.