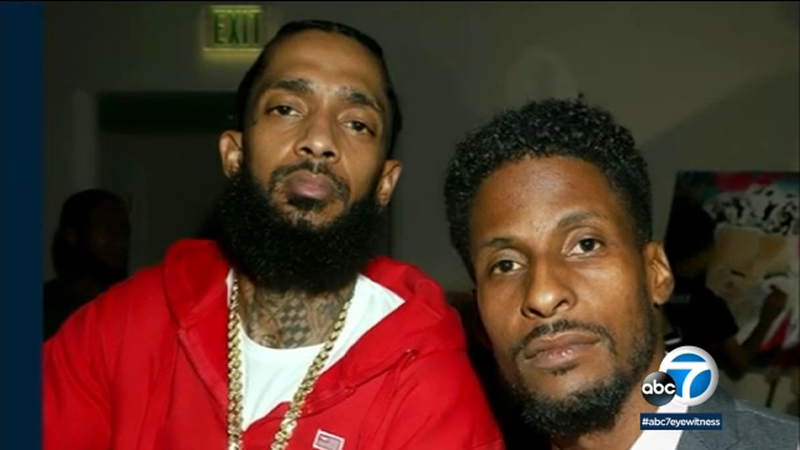 LOS ANGELES (KABC) -- Rapper Stix and many other friends of Nipsey Hussle say his legacy stretches far beyond his music. The beloved celebrity was an activist and advocate for his native South Los Angeles.

The murder of Hussle comes during a violent stretch in Los Angeles. The LAPD says since March 24, 26 people have been shot. Ten were homicides.

"It's a capstone of, really, this last week and a half or two weeks," said Los Angeles Police Department Chief Michel Moore. "We've seen a certain surge in violence that we want to make sure that we don't let go unabated or unchallenged."

Eyewitness News spoke with fellow rapper and friend Stix, whose organization Think Watts is committed to creating an impact in the community just like Hussle. He called the deceased rapper an inspiration.

"He taught people in his raps and in his conversations how to think outside of what we grow up with. He meant everything to the city," Stix said.

Hussle is being remembered as a shining symbol of success in South L.A. dedicated to the community where he was born, raised and still called home.

"He's an amazing father. He's an amazing friend, an amazing entrepreneur. He hired people. He motivated people," Stix said. "There's artists from this part of the country that goes across the world that he has touched and that he will be remembered by. His legacy will live on forever."