A mandatory evacuation order was issued for Silverado, Williams and Modjeska canyons in the Bond Fire burn area.

A mandatory evacuation order had been issued for the Bond Fire area, including Silverado, Williams and Modjeska canyons, due to "imminent debris flows along or near the burn scar."

Video from the scene showed mud flows rushing down the hills. Residents were warned to stay away from the area.

A map with a detailed look at the areas under evacuation is available here. Affected residents can go to the Lake Forest Sport Park, 2800 Rancho Parkway, after 4 p.m.

The first big storm of the season slammed Southern California on Tuesday with rain, high winds and mountain snow, leading to growing concerns about mud and debris flows in recent burn areas. By 8 a.m., some mountain and foothill areas had already received as much as 7 inches of rain, while coastal and valley areas had received between 1 and 3 inches, according to the National Weather Service.

The NWS issued a flash flood watch that will be in place until 6 p.m. in recent burn areas -- from the Bobcat, Ranch 2, Dam, Lake and Palisades fires. Forecasters warned that those areas could see intense downpours with an inch or more of rain per hour.

"Residents near these burn scars should prepare for potential flash flooding and debris flow impacts,'' according to the NWS.

In San Bernardino County, heavy rain triggered debris flow along street in Yucaipa - one of several areas near the El Dorado and Apple fire burn stars which was placed under a mandatory evacuation order.

In Monrovia, residents in the foothill areas were keeping a wary eye on the Bobcat Fire burn scar. Homeowners near Ridgeside Drive and Oakglade Drive, who were under an evacuation warning, had piled sandbags on their property to defend against possible mudflows.

In Santa Barbara County, residents of mountain communities near the Alisal Fire burn scar were ordered Monday to evacuate over concerns that heavy rains might cause flooding and debris flows that could inundate hillside homes.

Ian upgrades to Cat 1 hurricane, death toll in Florida at 9 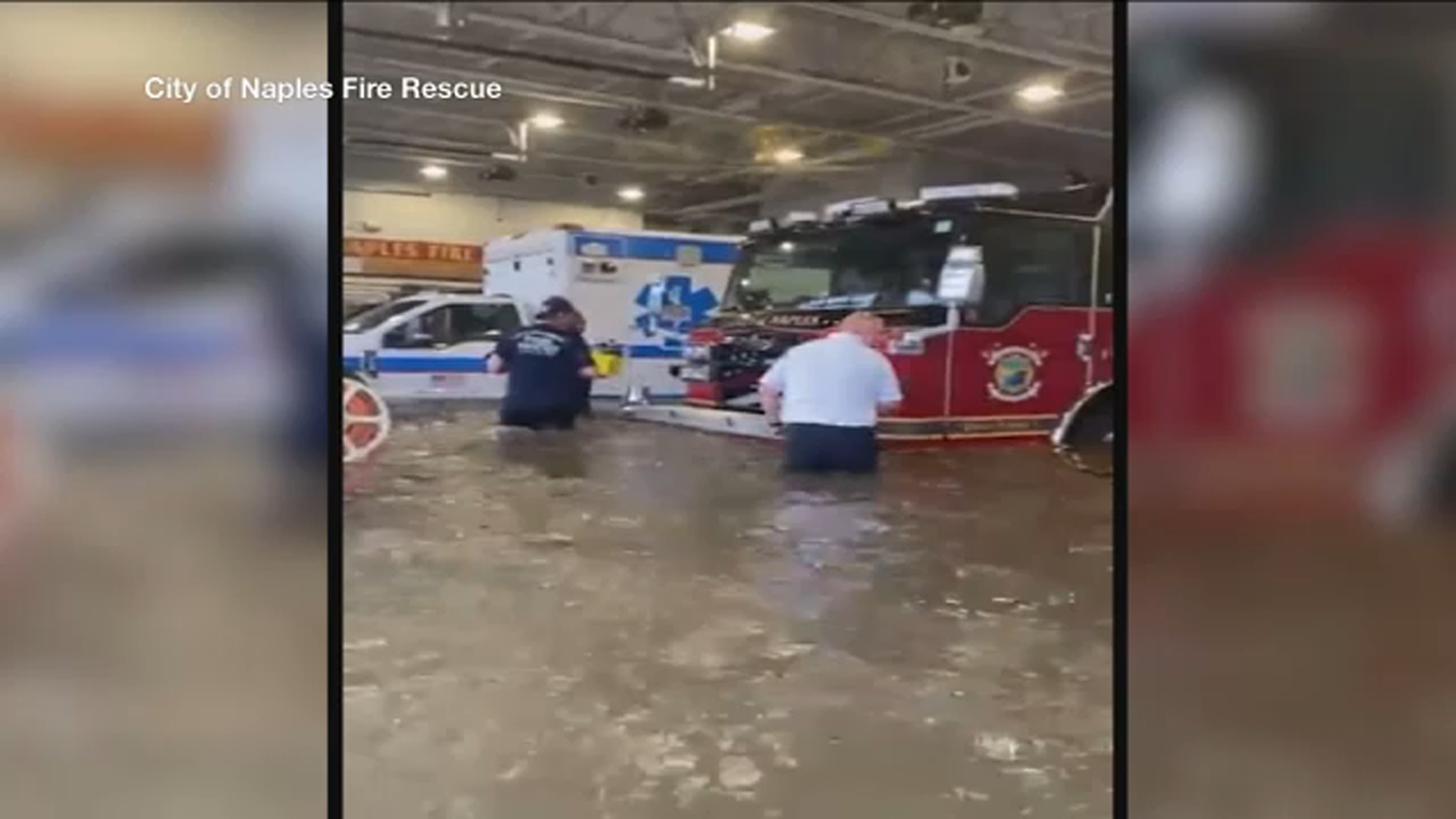