Los Angeles could have a citywide plan to address street takeovers, with five City Council members filing a motion Wednesday seeking reports and analysis for a multi-year work plan and funding strategy.

In the last eight months, at least six people have died during or near street takeovers in Los Angeles, according to a motion signed by council members Monica Rodriguez, Kevin de Leon, John Lee, Bob Blumenfield and Mike Bonin.

Prominently, there have been incidents on the Sixth Street Bridge, which opened July 10 to much fanfare but was soon overshadowed by those who came to perform street takeovers, spinouts and other activities blocking traffic -- resulting in several closures.

"Street racing and takeovers are serious and pose imminent threats to everyone where these reckless activities happen," de Leon said in a statement. "Los Angeles can and must implement measures to prevent these trending dangers on our city streets. The streets of L.A. must be made safe."

The council members' motion also pointed to issues with street takeovers in Council Districts 7 and 14. It suggested that the city could put in place traffic calming measures such as rumble strips and raised pavement markers as "effective and cost-efficient means of deterring intersection takeovers," along with "Slow Streets" designs.

"In light of the increasingly dangerous nature of these activities, the city should continue to examine the feasibility and implementation of both temporary and permanent traffic calming measures for intersection takeovers and street racing," the motion reads.

"Violent speeding and street takeovers have exploded over the past few years and it's imperative that we continue to bring more resources to combat this sort of deadly behavior," Blumenfield said in a statement. "We not only need more law enforcement and speed reduction infrastructure, but we need more data to proactively stop dangerous driving."

Rodriguez said during Wednesday's council meeting that the motion "(builds) off of the work that many of us having been leading independently in our own districts for traffic calming and other mitigation efforts."

The motion calls for: 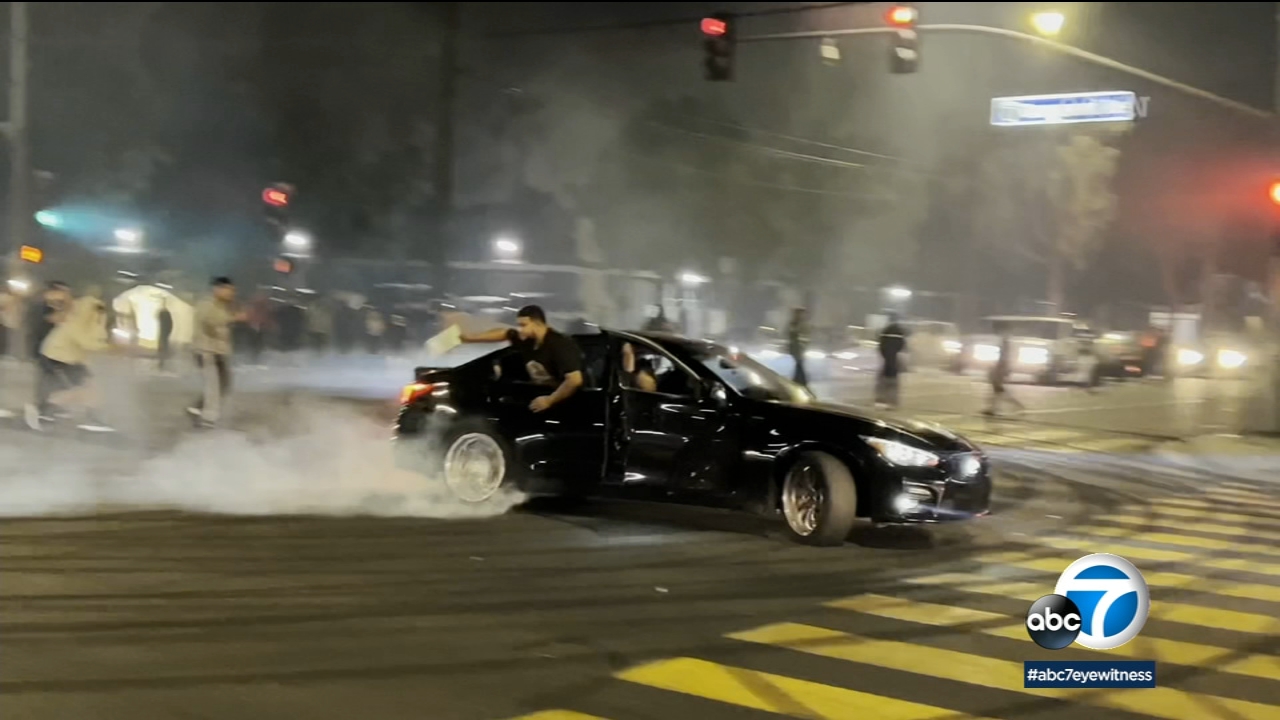