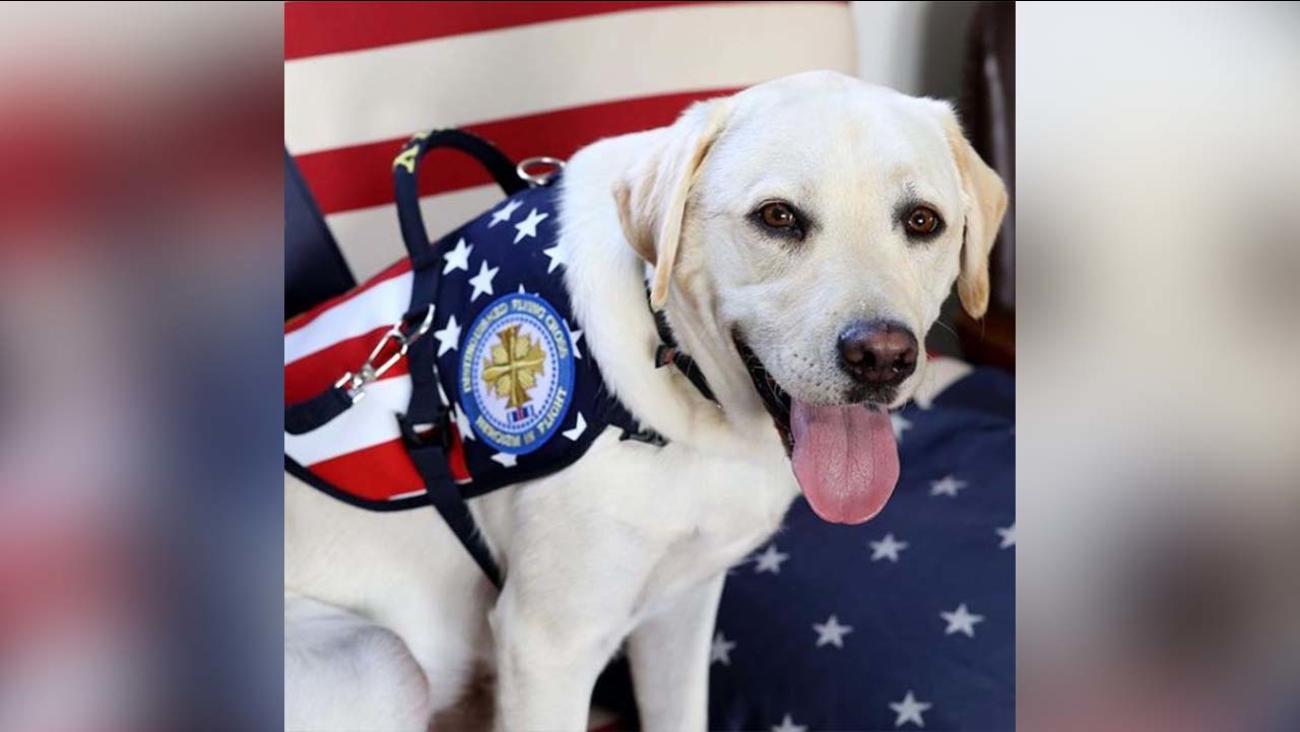 President George H.W. Bush's service dog Sully has been named the recipient of the 2019 Paw of Courage award.

The American Kennel Club announced Thursday that the 2.5-year-old Labrador retriever is being honored for his loyalty, dedication and distinguished service.

Sully was paired with the former president in June 2018 to help him with everyday tasks and provide companionship. He remained faithfully by his side until Bush's death in November.


Sully will be honored with a medallion and an engraved plaque in honor of his notable service to the late president.

"The devotion and comfort that dogs provide their owners goes unmatched," AKC President and CEO Dennis Sprung said. "Sully served the late President George H.W. Bush honorably; providing him support and assistance, but even more importantly, love and companionship. The 2019 AKC Paw of Courage gives us an opportunity to pay tribute to the devotion that Sully brought to the late President in the final months of his life."

His duties there are a bit lighter than what he did for the president -- Sully's main job is interacting with patients to help reduce their stress.

America's VetDogs, a national nonprofit service dog provider based in Smithtown, New York, will accept the award on Sully's behalf.