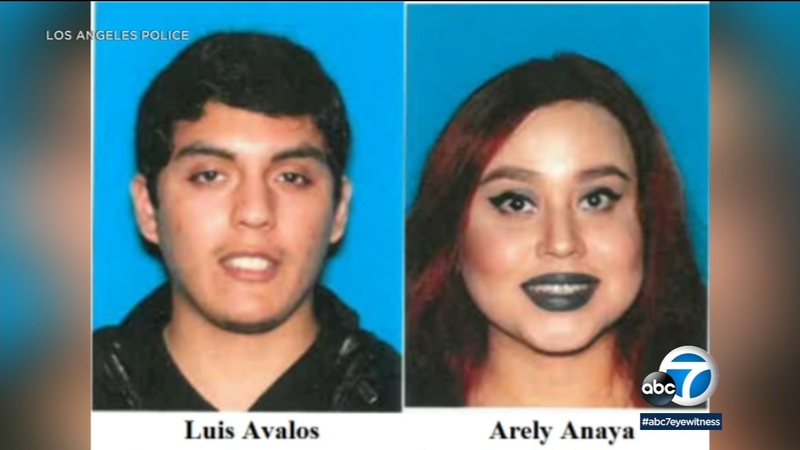 LOS ANGELES (CNS) -- Police on Monday asked the public for help in finding a Sun Valley mother and father who are under investigation for alleged neglect of their three children and narcotics abuse, and said they may have taken the family to Reno, Nevada.

Authorities say the couple's youngest child, Legend Avalos, tested positive for cocaine along with the baby's mother when the child was born on Dec. 2.

The Los Angeles County Department of Children and Family Services sought a court order to place the children of Luis Avalos and Arely Anaya in protective custody. The couple's other two children are 4-year-old Prince Anaya and 5-year-old King Anaya.

According to the Los Angeles Police Department, the parents were made aware of DCFS' intention to remove their children from the home and no longer responded to phone calls, nor answered their door for social workers.

On Monday, the department spoke with detectives from the LAPD's Foothill juvenile division and said they were seeking a court order and an arrest warrant for the parents. The LAPD responded to the family's residence in the 8900 block of Haddon Avenue in Sun Valley, but neither the parents nor the children were located.

The parents of 14-year-old Valentina Orellana-Peralta are demanding answers from the Los Angeles Police Department following the fatal shooting of their daughter inside a Burlington store.

Witnesses told authorities that the parents fled with the children on Thursday with a possible destination of Reno, Nevada.

Anyone who has seen the family or has any information regarding their whereabouts was asked to contact the LAPD's Foothill division at (818) 756-8861.

Those wishing to remain anonymous may call Crime Stoppers at (800) 222-8477 or visit lacrimestoppers.org.