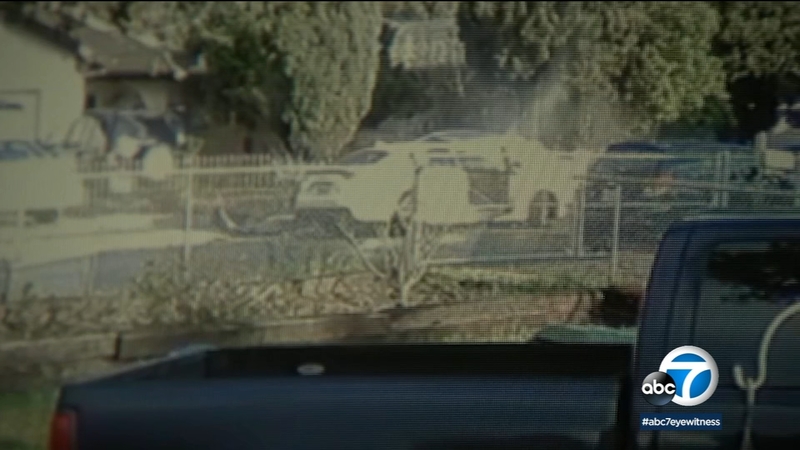 The names of the suspects and details of their arrests were not immediately disclosed. They were booked for attempted murder and carjacking, with a gang enhancement.

The victim was hospitalized in stable condition and is expected to survive the attack, which happened shortly after 6 p.m. Wednesday in the 10800 block of Eldora Avenue, authorities said. Her husband, Greg Maga, said she suffered 10 stab wounds, including one that punctured her lung.

The viability of her pregnancy is unclear.

A pregnant woman is hurt after being stabbed during a carjacking in the Sunland-Tujunga area Wednesday night.

According to the Los Angeles Police Department, the woman was driving home when she passed three men on the street. One of the pedestrians approached her white Kia Stinger after she pulled up to her residence. The woman rolled her window down, the man asked to use her phone and a struggle ensued.

The assailant repeatedly stabbed the victim in the upper body before another man joined him in carjacking the sedan, investigators said. The two men fled in the stolen car before slamming head-on into a parked car on the same block. They ran away and may have been picked up by the driver of a Volkswagen.

In an interview, the woman's husband described her as being 12 weeks pregnant. Maga said she was stabbed multiple times in her hand and forearm after she raised her arm in an attempt to shield herself.

"They don't know yet about the baby," he said, referring to whether or not the unborn child will survive.

The crash was captured by at least one surveillance camera mounted outside a nearby house. The footage shows smoke rising from the wrecked Kia as two people exit the vehicle and flee the scene.

One neighbor said she saw the car crash and immediately approached one of the two men inside before the suspect ran off.

Police initially said three people were in custody before revising that number down.