Neighbors said they've seen an uptick in crime, public nudity, drug activity and an increase of transients in the area.
KABC
By Jessica De Nova 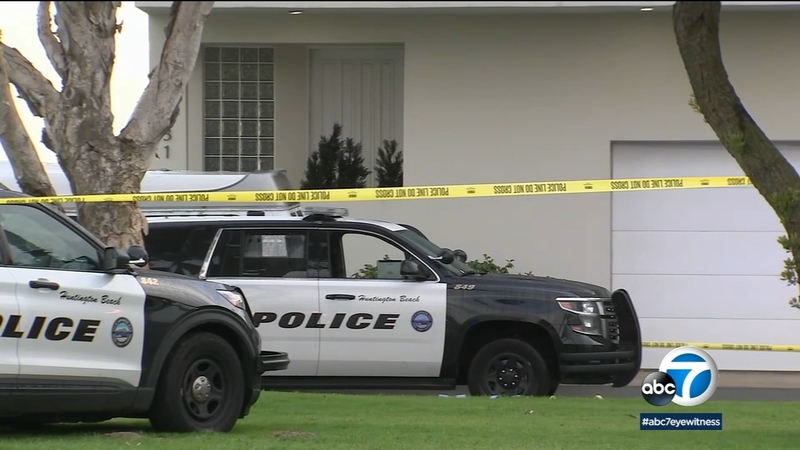 Police to increase patrols in Sunset Beach after shooting

HUNTINGTON BEACH, Calif. (KABC) -- Changes are coming to Sunset Beach after shootings in the area left two men - including a bicyclist - hospitalized on Monday.

According to an update issued by the Huntington Beach Police Department on Twitter, on Tuesday afternoon, officers began increasing patrols in the area.

Bob Bellamy, a Sunset Beach resident, told Eyewitness News he saw the incidents unfold from his home. He said first came yelling for a public restroom.

"To us, it was just another day of crazy people going in the bathroom and screaming and yelling and we usually just call it in as a welfare check," Bellamy said.

Neighbors said in recent years, they've seen an uptick in crime, public nudity, drug activity and an increase of transients in the area.

Sam Kugler - another resident - shared a story of a woman locking her out of her own home while she stood in the green belt across from her home.

"What they need to do is get the people that need help, that are so strung out on drugs, they need to be in treatment or wherever they need to be," said Kugler. "They cannot be on the street. They're dangerous."

Huntington Beach Police says in addition to calls for service in the Sunset Beach area, officers conducted more than 580 self-initiated contacts in 2021. These included outreach efforts for the homeless.

Eyewitness News approached some people who said they hang out in the green belt throughout the day on Tuesday.

Theodore Ziliak said he wanted to be near Irvine as he waited to hear back on applications for employment there.

"This is the safest place I found on the beach," he said. "I went all the way up to Malibu and looked, looking for good, safe places. This is a real good safe place, and I can't believe that something like that happened."

Bellamy thinks mental illness or drugs may have been behind the incident on Monday.

"[The suspect] seemed like he was definitely under the influence of something," Bellamy said.

Bellamy said after trying to take failing to take a man's car, the suspect, who was described only as a man, turned toward a bicyclist near 7th Street and Pacific Avenue and opened fire, hitting the bicyclist.

Two people were injured - including an armed suspect - during a shooting involving police in Huntington Beach.

The gunfire appeared to have struck at least three homes in the area.

The homeowner of one of the homes didn't want to be interviewed on camera, but said he was glad no one was inside at the time. One bullet made its way through his garage door and into a cabinet in the garage.

Officers shot the suspect on 3rd Street during the incident. Police said both the bicyclist and suspect are stable.