Like a lot of brands, Mazda is expanding its line of crossover SUVs with new the CX-50.
KABC
By Dave Kunz 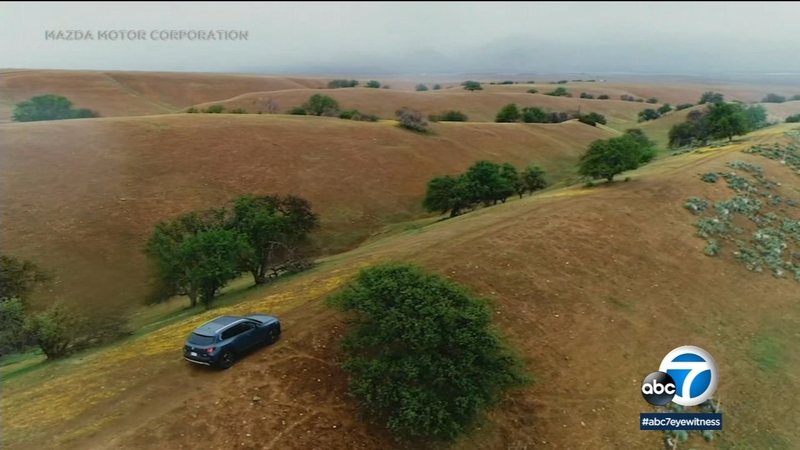 LOS ANGELES (KABC) -- Like a lot of brands, Mazda is expanding its line of crossover SUVs with new the CX-50

It's got a crisp look and an airy interior for a roomy feeling behind the wheel. Plus, Mazda is emphasizing that this one isn't just for city dwelling - it's got some off-road chops.

"Mazda's not known for off-road performance, but it really was the natural extension of what we already do on-road," said Mimi Battistella, project manager at Mazda North American Operations.

Why does it seem like more car brands are emphasizing off-highway capabilities? Because in theory, that's where more people are going for things like overland camping. That trend seems to have ramped up since the pandemic changed vacation plans and had people stuck inside.

"I think in our world where we're on Zoom meetings all day, working from home, and even if we're not at home, we're in front of our computers or phones most of the day. So I think there's this natural pull to the outside that we really felt, and cars have been a really safe way for us to explore," said Ballistella, adding that the CX-50 supplements the company's popular CX-5 in the lineup.

Honda is also raising its off road game this year with its new Passport TrailSport all-wheel drive model.

It's not for hardcore four-wheeling, necessarily, but a lack of paved or even smooth dirt roads won't keep this one from a secluded getaway spot.

A slightly wider track and slightly more aggressive all-season tires help with capability, and almost as important, give it a more rugged look.

The Passport was added to Honda's lineup a couple of years ago, nicely bridging the gap between the compact CR-V and mid-size Pilot models. The entire Passport lineup has been revised for 2022, and the TrailSport is an additional trim level for a starting price of $43,695.

In the old days, it was hardware that allowed a four-by-four to tackle the rough stuff, and of course some driving skills.

Today, more sophisticated hardware, and electronic aids, to help more people get off the beaten path.

Basically, a sophisticated way of making sure each tire gets traction, no matter the conditions or whether you're headed up a hill or down.

Honda lets you select the terrain you're on, like mud or sand, and the Passport's all-wheel drive system does the rest.

The Mazda CX-50 has a drive mode system called iM, and in off-road mode, company engineers say it can figure out which of the four tires are or aren't getting traction and adjust accordingly.

Don't worry. If you prefer the pavement, sport mode lives up to its name when the road turns twisty.

Mazda wouldn't have it any other way, even though they seem to have officially retired the "Zoom Zoom" slogan.

So sure, they'll still be called "soft-roaders" or mall crawlers by some, but this new breed of crossover SUVs not only look like they can tackle the rough stuff, but they can actually do it as well.