A SWAT team responded to a Woodland Hills neighborhood on Sunday on a report of shots fired and several men barricaded inside a home.
KABC
By ABC7.com staff 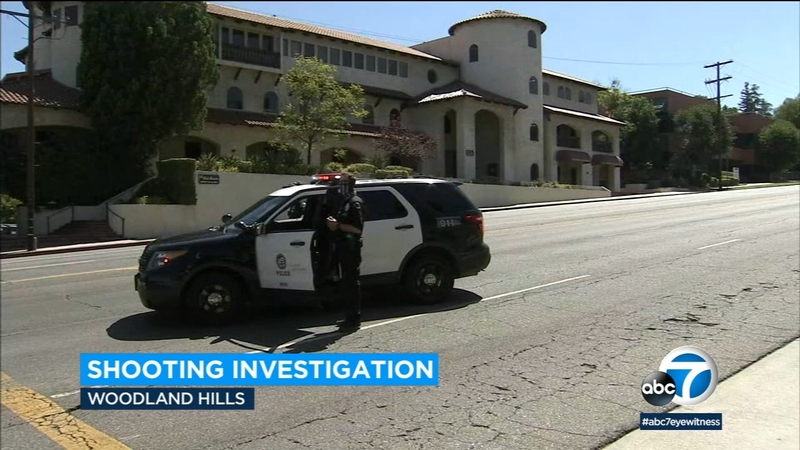 WOODLAND HILLS, LOS ANGELES (KABC) -- A SWAT team responded to a Woodland Hills neighborhood on Sunday on a report of shots fired near a pro-Trump rally and several men barricaded inside a home.

Police were called to the area of Ventura Boulevard near Kelvin Avenue around 11:26 a.m. on a report of possible shots fired.

A rally and car caravan in support of President Donald Trump was being held in the area at the time.

Police say a woman who was not part of the caravan but who was driving on Ventura Boulevard at the time reported hearing what sounded like gunshots. She pulled over and saw her front tire was blown out by what appeared to be a bullet or projectile.

At the same time, a different witness reported seeing someone on a nearby balcony with a gun.

Police evacuated units in the apartment building and shut down that section of Ventura Boulevard.

Eventually SWAT officers entered the apartment where the suspect had been spotted, possibly with two other individuals, but found nobody inside.

Police began reopening Ventura Boulevard and expected to let residents back into their homes.

A police spokesman said it will not be known if the shots were intentionally fired at the Trump caravan until the suspect is located and questioned.

There were no reports of injuries.