2 children hurt after car crashes into their bicycle in Sylmar, LAFD says 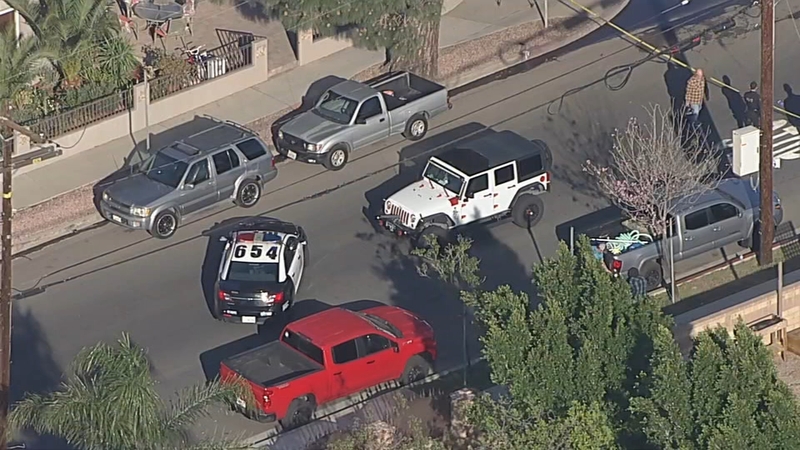 2 kids hurt after car crashes into their bicycle in Sylmar, LAFD says

SYLMAR, LOS ANGELES (KABC) -- Two children were rushed to the hospital Sunday afternoon after being injured in a vehicle collision in the Los Angeles community of Sylmar.

Their age and gender are unknown. According to the Los Angeles Fire Department, both were "transported in at least serious condition" after a vehicle crashed into their bicycle.

LAFD emergency crews and LAPD officers responded at about 4:30 p.m. to the 13300 block of W. Bombay Street.

Aerial footage from AIR7HD shows a green bicycle, and other items such as clothing and shoes, lying in the middle of the street.

What appears to be a white Jeep is also seen in front of a police patrol car near the crash site, but it's unknown if the vehicle was involved in the collision.

Information on the driver was not available.