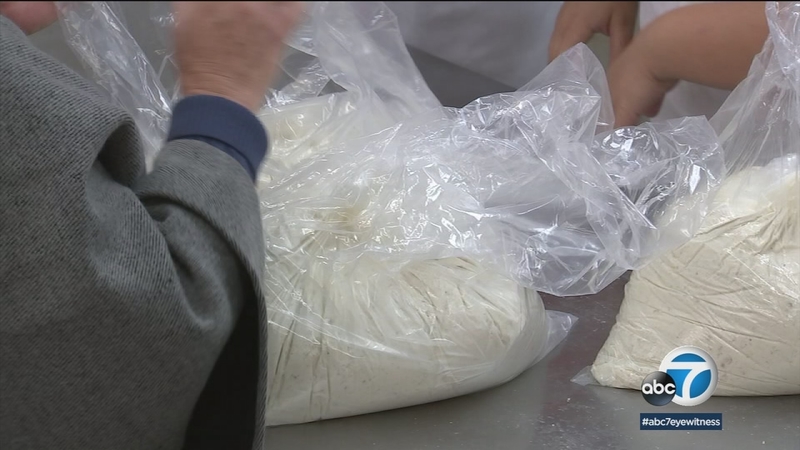 Amapola Market in Downey bounces back after 2016 masa mishap

DOWNEY, Calif. (KABC) -- After tainted masa caused a problem for a Downey market last Christmas, people were willing to give the place a second chance this holiday.

The market opened in 1961 and every year, they sell the key corn ingredient for tamales, which is a staple at Mexican Christmas dinners.

Co-owner Juan Galvan said there appeared to be no change in demand despite discovering the cause of the masa mishap last year.

"Our corn provider sold us some corn that wasn't to our quality," he said.

The mix lacked starch and the corn wouldn't cook, which resulted in angry customers demanding their money back and waiting in long lines at a time when they should have been making the holiday treat.

Customer after customer complained their Christmas dinners were ruined. But not this year.

"Our hashtag is #masabrosa, which basically means we're more flavorful. It can mean a lot of things. We also used the hashtag #mejorquenunca - we're better than ever," Galvan said.

It seems their public relations campaign to get that word out worked. Fierro, a longtime customer, is betting this year will be better for all of those affected families.

"Accidents happen, things happen, and we understand that. People deserve second chances and I think that's why we're all here today," she said.

Fierce loyalty is what brought customers back, especially those willing to stand in a line for hours the day before Christmas Eve.

The store has also been part of a tradition for many families.