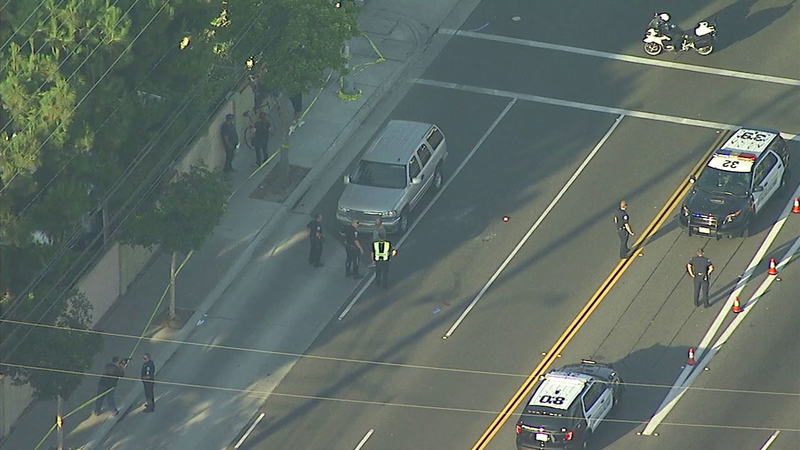 Shortly before 6 p.m., authorities said a group of six teenagers were crossing the street at Kerry Street and Westminster Avenue. A man driving a tan SUV was heading westbound on Westminster when he ran a red light and hit three of the teens.

The three that were ahead of them were hit. The boys suffered serious injuries, authorities said, and they were taken to a local hospital in stable condition. They suffered head trauma and injuries to the face.

Authorities said all three boys were conscious and breathing when they arrived to help. One witness said all of them were able to sit up on their own in the road.

They were to remain at the hospital overnight for evaluation.

The driver stayed at the scene and cooperated with police. Authorities said DUI does not appear to be a factor.