The FBI has found no evidence that the threat against the Los Angeles Metro Red Line was credible, officials said.

LOS ANGELES (KABC) -- The FBI has found no evidence that the threat to the Metro Red Line in Los Angeles was credible, officials said Tuesday night.

FBI officials say the same anonymous caller who provided the tip in Australia may have provided tips in the past that did not materialize.

The agency said the Joint Terrorism Task Force will continue to try to determine the identity of the caller and warned that anyone who provides false information to law enforcement is subject to prosecution.

Large water-filled barriers, a bomb-sniffing dog and heavily armed Los Angeles County sheriff's deputies were seen at the station across from Universal Studios, checking the bags of subway riders before they descended underground.

The terror threat, which was reported anonymously by a man in Australia, warned that someone would launch a lone-wolf style attack at the station on Tuesday.

According to authorities, an unidentified man called in information about the threat on Monday morning.

The heightened security measures were part of a multi-agency operation that includes Metro transit security, the sheriff's department and the Los Angeles Police Department.

While many security measures were visible, the sheriff's department stated there were several undercover operations underway as well.

Authorities initially said while they did not know if the threat was substantive, it was being treated seriously out of an abundance of caution.

Some early morning commuters expressed mixed feelings about using the subway under the anxious circumstances.

"I would've gotten back on the bus and went back home if I knew this," said Sharon Pinrow. "This is frightening."

"I would not ask Angelenos to do something I as mayor wouldn't do myself," he said, adding that the threat was "imminent and specific ... but we can't confirm that it's credible."

"That is something that often happens -- we get threats, especially around the holiday season, throughout the city, at the airport, sometimes in our subway system, et cetera," he continued. "But we wanted to have an abundance of caution here today, and reassure people that we will have the necessary forces around and near and in our public transportation system, to assure passengers that today is a safe day to go about our business."

If you see something suspicious, authorities urge you to call the terrorism threat line at (877) A-THREAT. 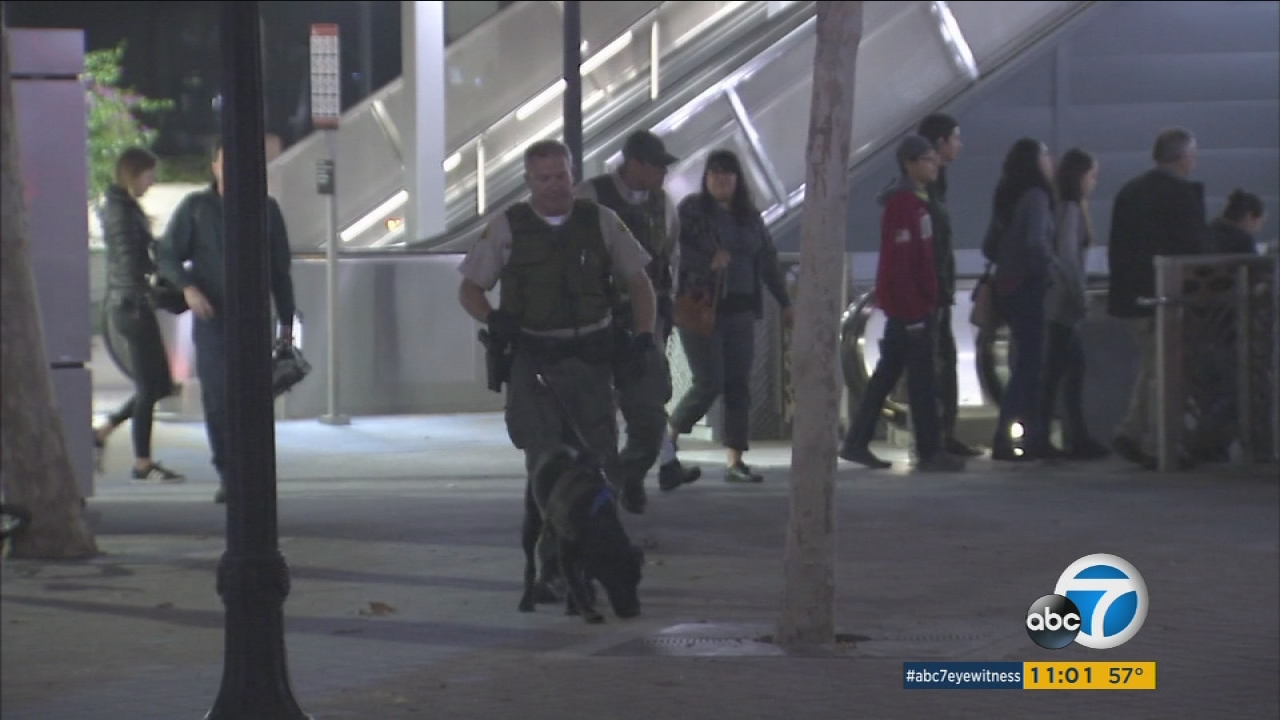