Houston teen arrested on charges of terrorism, accused of trying to help ISIS 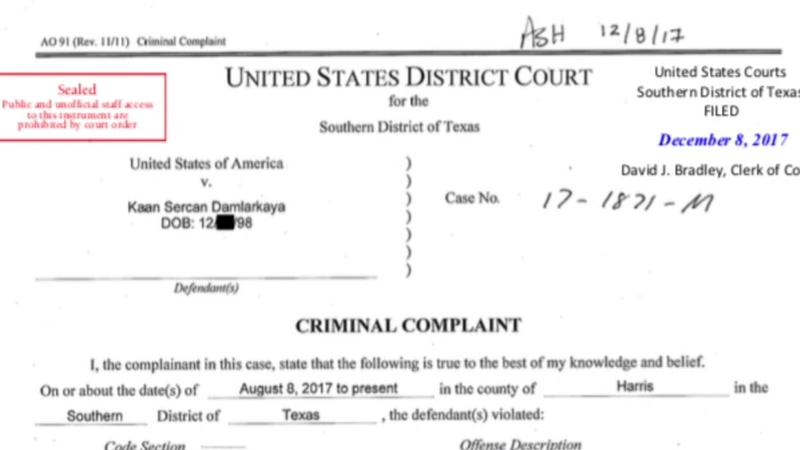 HOUSTON, Texas -- An 18-year-old Houston man faces charges related to terrorism in which he is accused of distributing instructions for making bombs and helping to support ISIS.

He reportedly told them he planned to go overseas to fight for ISIS. But if he couldn't do that, he allegedly planned to commit an attack in the U.S.
Damlarkaya provided instructions on how to build an AK-47 or AR-15 assault rifle from readily available parts in order to avoid detection from authorities, according to the criminal complaint.

Additionally, Damlarkaya provided a formula to alleged ISIS supporters for explosives and instructions on how to use them in a pressure cooker device that contained shrapnel, according to the allegations.

He also discussed the use of a machete or Samurai sword as an alternative to a gun or explosive. The criminal complaint adds that he claimed to carry a knife in the event he was stopped by law enforcement and that he slept with a machete under his pillow in case his house was ever raided.