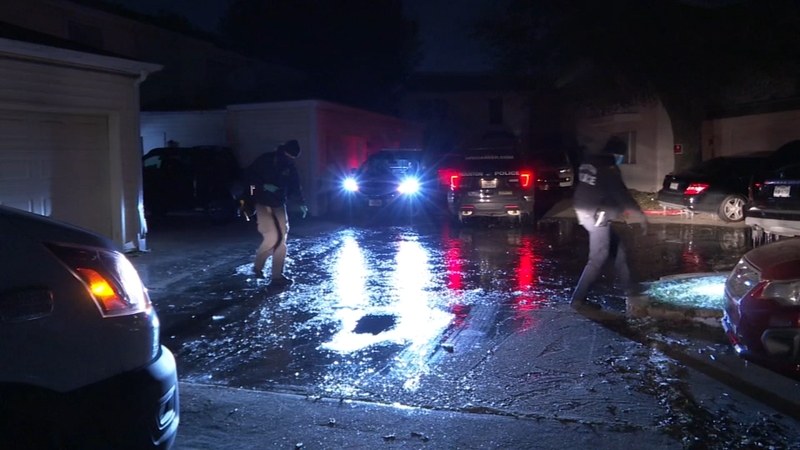 HOUSTON, Texas (KABC) -- A woman and an 8-year-old girl are dead due to carbon monoxide poisoning after a car was left running in a garage to help generate heat, Houston police said Tuesday morning.

According to HPD, officers and the Houston Fire Department were called to do a welfare check at a condominium in the 8300 block of La Roche near Jackwood in southwest Houston. When officials arrived, they found two adults and two children affected by carbon monoxide poisoning. The woman and one of the children, an 8-year-old girl, did not survive.

Police say upon entering the condo, they found the woman dead in her vehicle. The girl was found dead in the condo, which is attached to the garage that housed the running car. An adult male and a 7-year-old boy were transported to the hospital for carbon monoxide poisoning.

"Initial indications are that (a) car was running in the attached garage to create heat as the power is out," police wrote in a tweet. "Cars, grills and generators should not be used in or near a building."

"It's a very difficult time. A lot of people are without power," Lt. Larry Crowson said. "I know it's cold, but you've got to be careful about using generators or cars inside a garage, or any type of fire, grill or charcoal grill. Carbon monoxide is odorless and can kill people very easily."

Carbon monoxide (CO) is a colorless, odorless, tasteless gas that is dangerous and potentially poisonous if inhaled. Here are some tips to protect everyone in your building from potentially deadly CO poisoning.

Mild exposure to CO can cause:


Medium exposure can cause:

If you suspect CO is present in your building:

When the electricity goes out during a storm, avoid downed power lines. Power lines hidden in floodwaters can also pose an electrocution risk.