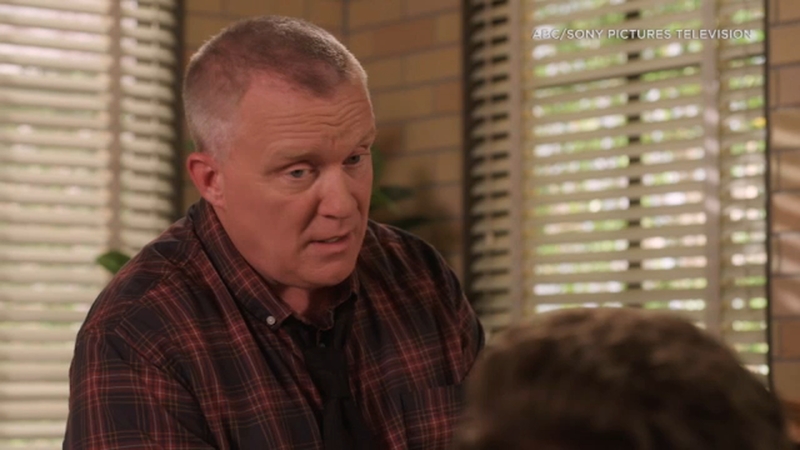 "The Goldbergs" is having fun with a guest star who first made a name for himself with some classic films from the 1980s.

Since the show takes place in the eighties, it was a perfect opportunity for a wink and a smile with an actor who helped define a decade.

Anthony Michael Hall first appeared on "The Goldbergs" when the show paid tribute to the 1983 comedy, "Vacation." He was actually in that movie back in 1983.

"So they came back to me with this role of this high school counselor, which I thought was hilarious," Hall said, "And it gave me an opportunity to make fun of myself. And it was also a nod to the early John Hughes stuff, too."

Back in the real 1980s, Hall was actually part of string of hit films from director John Hughes: "Sixteen Candles," "The Breakfast Club" and " "Weird Science."

So now, Hall is getting a kick out of going back in time for "The Goldbergs." "They're poking fun of the era and at the same time, everybody's in on the joke. You know, I think the humor's really good on that show," he said.

Besides his visit to prime time, Hall is part of this fall's "Halloween Kills." He's playing Tommy Doyle, a character from the original "Halloween" movie. "What they've done is they've kind of re-invented the mythology from the first film," Hall said. "So a lot of the characters that were in the original film, 1978 or 1979, have come back."

Hall is also developing a half hour comedy with, among others, his "Weird Science" co-star Robert Downey Jr. He also now has a production company and is planning his first project for next year. "I used to joke, I think it took me about 20 years to process the first 20 years of my life. So now that I'm 50, that just ended about 10 years (laughs). But, you know, I think with a sense of humility, which life will show you, you just keep chipping away at it, you know? You keep moving forward.," he said.