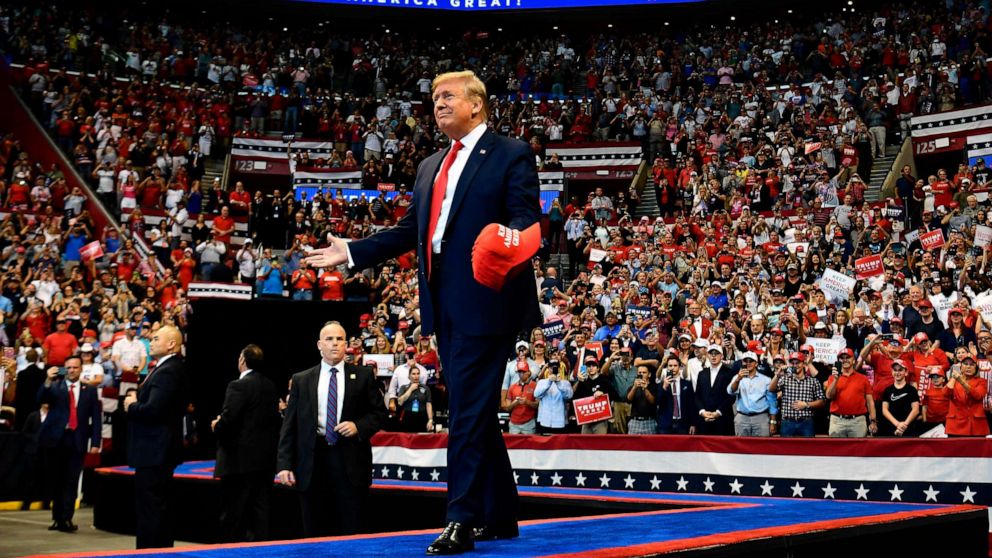 The TAKE with Rick Klein

Is President Donald Trump protecting the presidency or protecting his presidency? And how much should Democrats care at the moment?

Democrats go into the Thanksgiving holiday with the courts delivering them encouraging news. In several cases, testing different legal standards, Democrats' view of the law is being maintained over the objections of the White House -- with judges using sharp language to compel testimony and the release of documents.

But that doesn't mean Trump or his top aides are set to cooperate. Secretary of State Mike Pompeo was inscrutable when asked on Tuesday if he would testify before Congress.

"When the time is right, all good things happen," he said.

Therein lies a dilemma for Democrats as they press for a quick resolution to their impeachment inquiry. Their view now is that the time isn't right to wait for testimony that could contribute to the case they're making, but could just as easily be meaningless.

"They absolutely have enough right now to impeach the president and to seek his removal," Neal Katyal, the former Obama acting solicitor general and author of the new book "Impeach," said on the "Powerhouse Politics" podcast out Wednesday. "The rest -- whether that's (former national security adviser John) Bolton or (acting White House chief of staff Mick) Mulvaney -- are just gravy."

Just because they're winning in court doesn't mean Democrats want to wait to see what that means. And while action looms as soon as next week in the House, there's still ample time before a Senate impeachment trial for other information to come into play.

The RUNDOWN with MaryAlice Parks

The fast-moving House impeachment proceedings will continue next week in a new committee. The Judiciary Committee, chaired by Rep. Jerry Nadler, D-N.Y., announced a hearing next week to evaluate evidence against the president that's been collected so far.

The witnesses next week will be legal experts, called to help committee members digest the standard for impeachment as laid out in the Constitution, "high crime and misdemeanors."

In a letter on Tuesday, the Judiciary Committee also reminded the president's lawyers of their right to attend the hearing or send a proxy. The president's counsel could decide to come and ask questions of the witnesses themselves -- but to date -- there has been no indication from the White House that the president's team plans to engage at all at this point.

Two big questions going into the holiday: Is the Intelligence Committee done gathering testimony and evidence? The Intelligence Committee will at some point send the full House a final report, and has not ruled out talking to additional witnesses. Plus, will Democrats on the Judiciary Committee workshop draft articles of impeachment at this hearing or another hearing soon? The Judiciary Committee is charged with this task, should Democrats decide to go this route.

The TIP with Averi Harper, Lissette Rodriguez and Armando Garcia

Millions of Americans will crowd around the family dinner table to observe Thanksgiving while some 2020 candidates will be looking to insert themselves into their conversations by campaigning in Iowa.

Sen. Kamala Harris is spending the week in the Hawkeye state, holding intimate gatherings with voters, cheering on runners in a Turkey Trot, knocking on doors and she is expecting an endorsement by a group of 100 teachers. She was joined by her family and was pictured Monday carrying ingredients through a Charleston, South Carolina, airport for their planned Thanksgiving meal in Des Moines.

Meanwhile, as one of two Midwestern presidential candidates hoping for a strong performance come Feb. 3, Sen. Amy Klobuchar has ventured south from her home state of Minnesota for a three-day swing through Iowa, primarily visiting the northern edges of the Hawkeye state. As for her Thanksgiving day plans, the senator will be out and about in Des Moines in the morning for a service project and then a Thanksgiving dinner with her family and her campaign staff "who are not able to travel home for the holidays."

Sen. Cory Booker is also slated to hold several events in Des Moines ahead of the holiday. The New Jersey senator will meet with local NAACP leaders, visit an assisted-living facility and help serve a meal to the homeless Wednesday. The Iowa swing comes as Booker's campaign works to meet polling criteria for the December Democratic primary debate.

ABC News' "Start Here" Podcast. Wednesday morning's episode features ABC News Senior National correspondent Terry Moran, who explains what the House Judiciary committee will try to accomplish in the next round of impeachment inquiry hearings. Then, ABC News' Candace Smith tells us about a woman who fled Syria after years of treating injured children in an underground hospital. http://apple.co/2HPocUL

WHAT YOU NEED TO KNOW OVER THE HOLIDAY WEEKEND

Download the ABC News app and select "The Note" as an item of interest to receive the day's sharpest political analysis.

The Note is a daily ABC News feature that highlights the key political moments of the day ahead. The Note will return on Monday, after the Thanksgiving holiday.
Report a correction or typo
Related topics:
abc newsnational
Copyright © 2020 ABC News Internet Ventures.
More Videos
From CNN Newsource affiliates
TOP STORIES