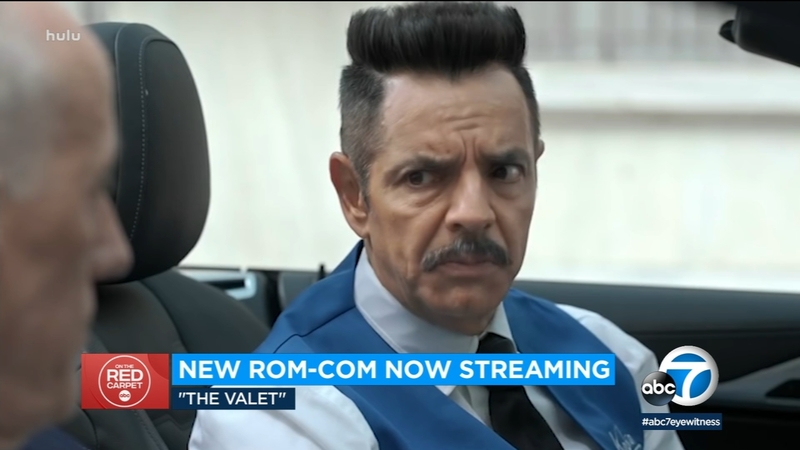 Eugenio Derbez puts spotlight on race, class in 'The Valet'

HOLLYWOOD, LOS ANGELES -- International superstar Eugenio Derbez is the star and co-producer of the new romantic comedy "The Valet."

In "The Valet," Derbez plays Antonio, a man who is caught in a celebrity scandal. He's been paid to act as a young star's boyfriend in order to cover up her affair with a very successful, very married businessman.

Antonio becomes a working-class folk hero for members of the community who feel they are largely ignored and dehumanized by those with money and power.

"He's a very shy guy. He feels he doesn't deserve anything in life. He feels kind of invisible," said Derbez. "And what happens to him in this story, it changes his life and he becomes another completely different person."

Derbez describes the movie as a tribute to all immigrants who have working-class jobs.

"I thought it was a perfect vehicle for me, and in the U.S. To play valet parking also felt like making an homage to all this valet parking attendants and to all these hardworking people," said Derbez. "So I felt that it was perfect because it was really, really funny. But it also had a message for my core audience."

Derbez hopes "The Valet" will encourage people to reach out and learn about each other. It is streaming now on Hulu.