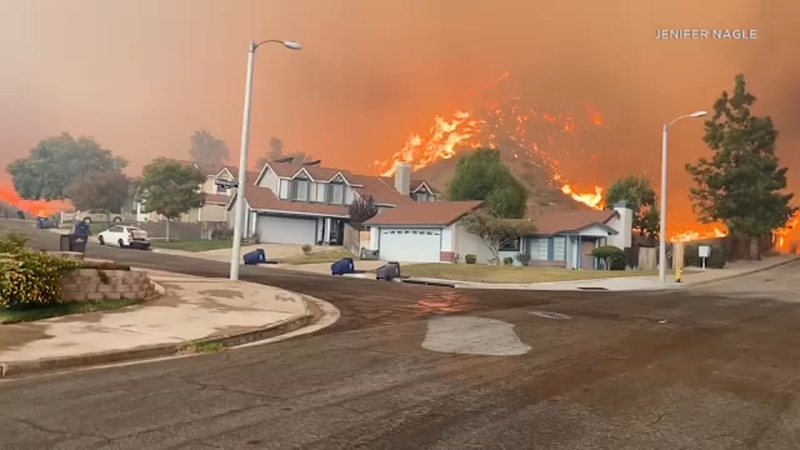 How Santa Clarita neighbors teamed up to fight Tick Fire

SANTA CLARITA, Calif. (KABC) -- As the Tick Fire bore down on Poppy Meadow Street in Santa Clarita, one of several fires straining first responders' resources, one group of neighbors teamed up to take the firefight into their own hands.

"We asked the sheriff if they were going to come in, and they basically said that there's no fire department that would be able to make it because they're fighting fires everywhere else," one resident explained. "Resources are so low that they couldn't make it here."

Firefighting aircraft protected the areas most at risk, but Poppy Meadow neighbors took a stand against the approaching flames with garden hoses and other tools. They sprayed water and shoveled dirt to stop the flames in their tracks.

While some homes in the canyon neighborhoods were destroyed, others in the area were spared.

"We just took it upon ourselves and luckily...it was really a good response," neighbor Michael Fligiel said.

"I've never seen it this bad. I've been here for about eight years now. We were here during the last fire that was on the 14," a neighbor added. "That was scary but this is tremendously terrifying."

RELATED: How to prepare for a wildfire evacuation

RELATED: These aircraft are on the front lines of the fight against California wildfires