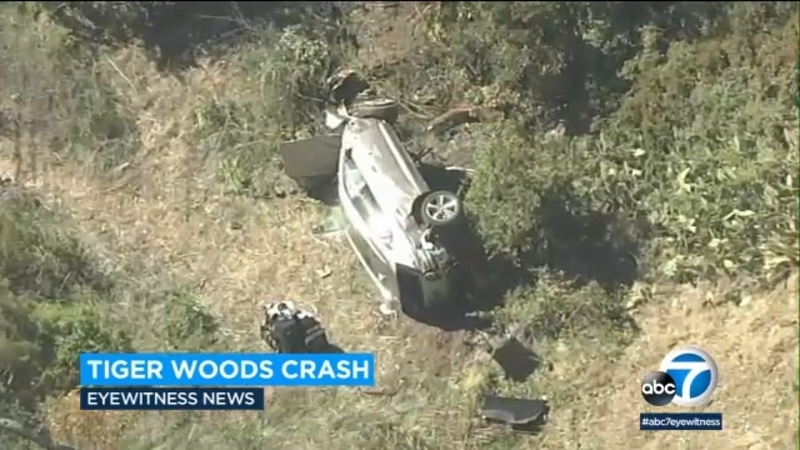 LOS ANGELES (KABC) -- Tiger Woods has no recollection of the SUV crash that left him hospitalized with serious injuries to his legs, according to Los Angeles County Sheriff Alex Villanueva.

The accident happened early Wednesday morning in Rolling Hills Estates, when the golf icon's car hit the center median on a downhill stretch of Hawthorne Boulevard, crossed the opposite lanes of traffic, struck a tree and rolled over along the side of the road.

"At the hospital he was asked about that by the investigators and he had no recollection of the crash itself," Villanueva said in a CNN interview.

The accident left him with significant injuries including multiple fractures. Screws and pins were used to stabilize his foot and ankle.

On Thursday, Harbor-UCLA confirmed that Woods was moved to Cedars-Sinai Medical Center "for continuing orthopedic care and recovery." No further information was released about his condition.

The sheriff also says the crash appears to be entirely accidental, and that there appears to be no cause for any criminal charges.

The 2021 Genesis GV80 SUV was equipped with a data recorder, also known as a "black box," and investigators hope it can provide crucial information about the crash.

Such recorders store at least 15 different types of data, including speed before impact, and whether brake and gas pedals were pressed.