A suspect has been taken into custody in connection to the fatal stabbing of a 2-year-old girl in Jefferson Park, authorities said.

LOS ANGELES (KABC) -- Authorities arrested a suspect Tuesday in connection to the fatal stabbing of a 2-year-old girl in Jefferson Park.

The 22-year-old suspect Lataz Gray, who is a known gang member, turned himself in, according to police. He was the live-in boyfriend of the little girl's mother.

Around 9:50 p.m. Monday, authorities received reports of a stabbing inside of a home in the 3500 block of Arlington Avenue.

When officers arrived, a mother and toddler had been found stabbed by a suspect who had fled the scene. Both the mother and her daughter were taken to the hospital, where the girl died. She was later identified as Maliaya Tademy.

The mother, 22-year-old Ebony Epps, who police said is five months pregnant, was listed in critical condition. Her baby is expected to survive.

Gray's father said he encouraged his son to turn himself in during a phone conversation. Gray had gone to a nearby hospital for treatment to cuts on his hands when he called his father and told him what happened.

"I think it's a terrible, terrible thing and I'm not feeling good about it at all," Philip Gray said. "I hooked him up on the line with the detective."

Authorities said Gray got into an argument with Epps that escalated to the fatal stabbing. Philip said Epps and his son were engaged.

"She's a beautiful person. That blew me out of the water for this to happen. But like I said, I really don't know what happened, I wasn't here," he said.

Authorities said Gray will be booked on suspicion of murder and attempted murder once he is out of the hospital and that he is not the father of the toddler who was killed.

There were no other witnesses to the attack. Authorities are waiting for Epps to recover to shed light on what led up to the brutal crime.

"The mother is sedated. We're unable to interview her at this point. We're hoping she's going to recover, at which point hopefully we'll be able to speak with her and she'll be able to fill in the blanks for us," LAPD Detective David Garrido said.

It's unclear if Epps knows her 2-year-old daughter is dead. Police said Gray has a history of violence and a criminal record. 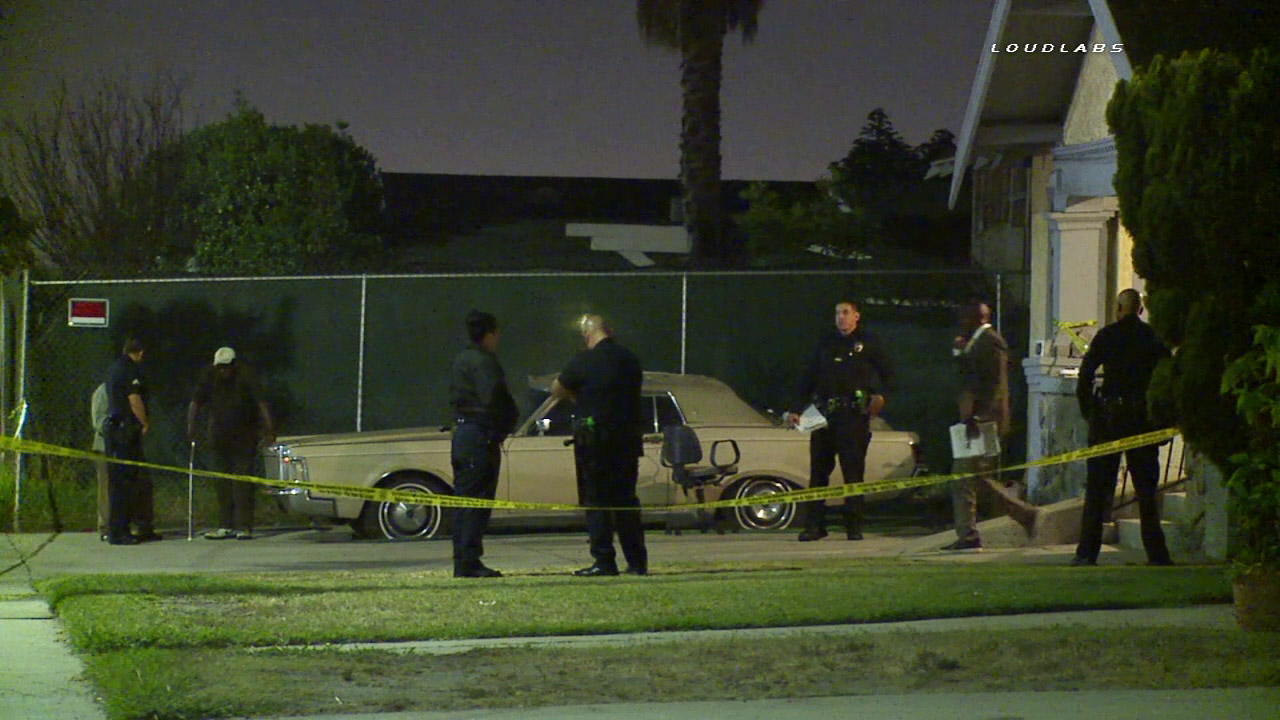