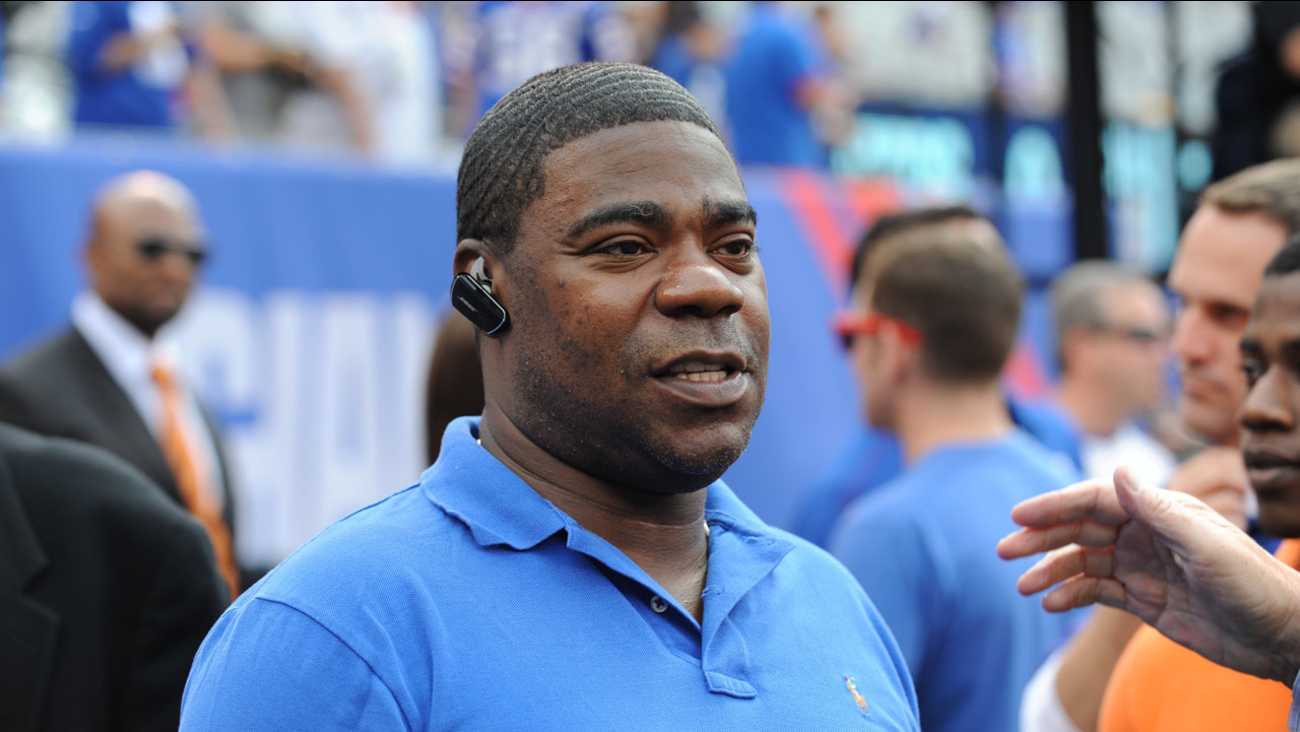 Tracy Morgan walks on the field before an NFL football game between the New York Giants and the Tampa Bay Buccaneers Sunday, Sept. 16, 2012, in East Rutherford, N.J. (AP Photo/Bill Kostroun)

NEW BRUNSWICK, N.J. (KABC) -- Comedian Tracy Morgan has been moved from a hospital to a rehabilitation facility in New Jersey as he continues to recover from a serious accident that killed a fellow comedian.

The location of the facility has not been disclosed. Morgan is expected to stay at the rehab facility for the next few weeks, spokesman Lewis Kay said in an email.

"While he is continuing to show signs of improvement, he still has a long way to go," Kay said.

The former star of "30 Rock" suffered a broken leg and broken ribs when a tractor-trailer slammed into the back of the limo van he was in on June 7. The crash killed his friend, James McNair, and injured two other men.

A report released by the NTSB on Thursday said the truck driver, Kevin Roper, was speeding just before he slammed into the limo. Roper has pleaded not guilty to charges of death by auto and assault by auto.

The safety board report said investigators were still probing Roper's activities in the days leading up to the crash to determine the amount of rest he received. The criminal complaint against Roper contends he hadn't slept in more than 24 hours before the crash.