KABC
By Brandi Hitt and ABC7.com staff
HUNTINGTON BEACH, Calif. (KABC) -- The three victims killed in a violent two-vehicle crash in Huntington Beach have been identified as 17- and 18-year-olds from Las Vegas who were set to graduate from high school this year.

The trio, who had traveled to Orange County for spring break, was in a Toyota that was stopped at a red light on Pacific Coast Highway about 1 a.m. Thursday when their car was rear-ended at high speed by a suspected DUI driver.

The teens' vehicle erupted in flames, leaving the three teenagers deceased at the scene. A fourth occupant of the Toyota was transported to a hospital in unknown condition.

"It's just horrible," Kelsi Halls, a friend of the victims, said tearfully while visiting a makeshift memorial near the crash site. "I just can't believe this happened. I didn't want to believe it. I just saw him and he's gone now."

Halls said the deceased were students at Centennial High School in Las Vegas.

The driver of the second vehicle, identified as 27-year-old Bani Duarte of San Clemente, was arrested on suspicion of vehicular manslaughter and DUI. She was unharmed.

Hawley, Mack and Rossi are expected to be honored Friday evening at a vigil at Knickerbocker Park in Las Vegas. 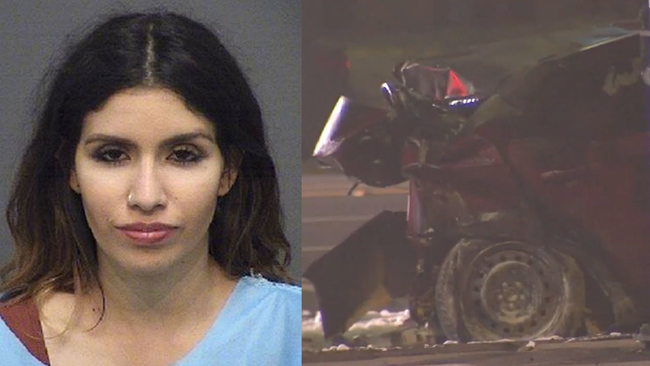