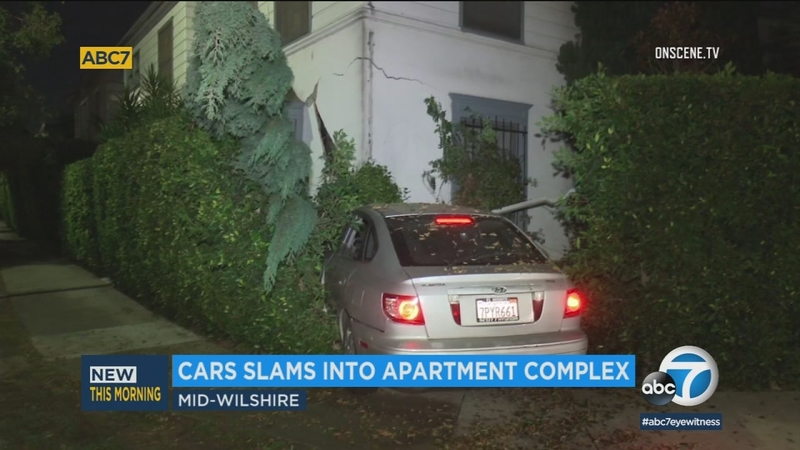 MID-WILSHIRE DISTRICT, LOS ANGELES (KABC) -- A driver was hospitalized and eight people were displaced from their homes after a car slammed into an apartment complex early Sunday morning in the Mid-Wilshire District of Los Angeles, authorities said.

The crash happened about 3:30 a.m. near the intersection of San Vicente Boulevard and Ogden Drive, according to the Los Angeles Fire Department. The motorist was transported to a hospital in unknown condition. No residents were injured.

According to witnesses, the driver appeared to be unconscious when the vehicle barreled through a wall, then regained consciousness before emergency responders arrived at the scene.

The collision left two of the building's units heavily damaged - one on the first floor and another that is directly above it. It was unclear when the displaced residents of those apartments would be able to return home.