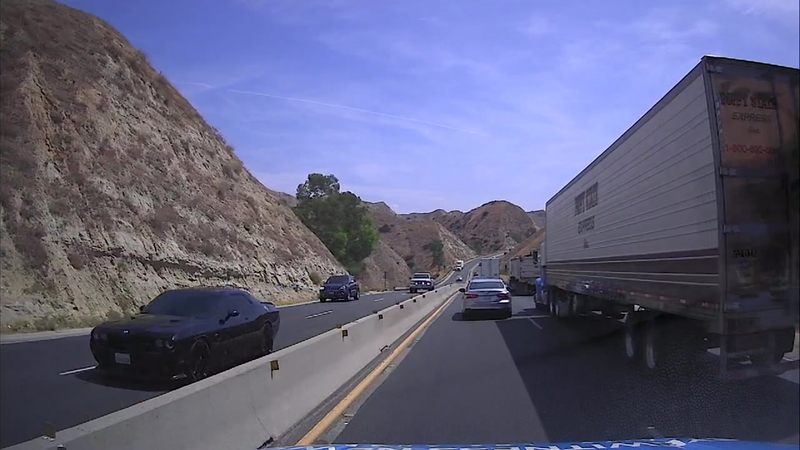 MORENO VALLEY, Calif. (KABC) -- A treacherous stretch of road near Moreno Valley will soon be getting some much-needed improvements.

Drivers who use the portion of State Route 60 that traverses "the Badlands" say the proposed changes are essential to making the road safer.

"It's not really a good road to drive on, I try to avoid it at all costs," said Kassie Blacksberg of San Diego.

And she's not alone in her critique of that stretch of highway.

"It's windy and twisty," said Louis Wright of San Jacinto. "The scary part is when you have the 18-wheelers right next to you and you're trying to go around. It's really scary."

Specifically, they're referring to the stretch of State Route 60 between Gilman Springs Road on the west, and Jack Rabbit Trail on the east.

While the eastbound side of the highway has an increased number of accidents compared to other roads in Riverside County, the westbound side is even worse.

"The downhill part of it adds to the riskiness of driving through there," said John Standiford, the deputy executive director of the Riverside County Transportation Commission. "Uphill (on the eastbound side) we still have a number of accidents that way. It's above average, but not like it is westbound."

Some of the horrific crashes in the Badlands have made headlines.

Back in 2004, a car plummeted off the side of the road and down a steep ravine, killing the driver. But her 6-year old daughter miraculously survived; discovered 10 days later outside the car, eating juice and ramen noodles until she was found by Caltrans workers.

The proposed changes to the highway include a third lane in either direction, dedicated to big rigs.

"Overall, it's a widening of the main highway," said Standiford. "We're trying to smooth a couple corners, and there's some areas where the center divider or the shoulder on the right aren't standard width. The idea is to provide a wider corridor with a lane that's striped as such so (drivers) know it's striped for trucks."

The $138 million project has final approval.

Standiford says some of the funding was made possible by SB1, state legislation that provided funding for transportation projects throughout California.

Construction is set to begin in summer of 2019, with an estimated completion date of 2022. And while it's a project designed first and foremost to improve safety in the area, Standiford says it should also reduce commute times.