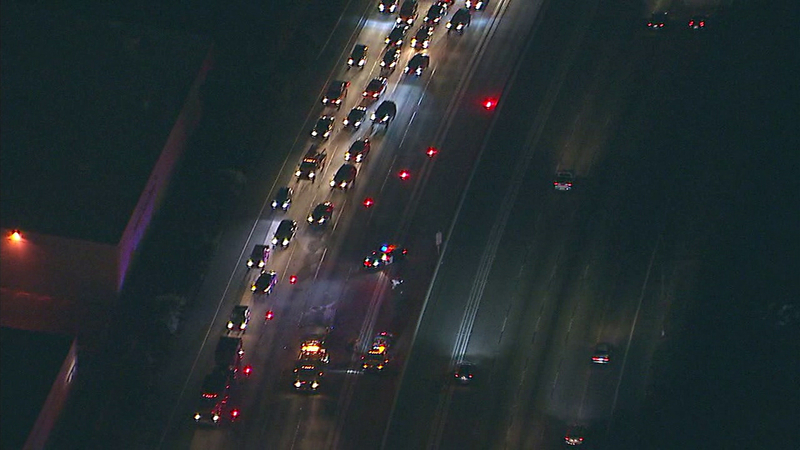 According to the California Highway Patrol, the pileup happened shortly before 5 a.m. near Del Amo Boulevard.

It was unclear if anyone was injured in the collision, which forced the closure of the No. 1, 2, 3, and HOV lanes on the southbound side. The No. 4 lane remained open, resulting in a traffic backup that stretched all the way to the 91 Freeway.

Two tow trucks equipped with large cranes were working to turn the box truck upright and clear it from the scene.